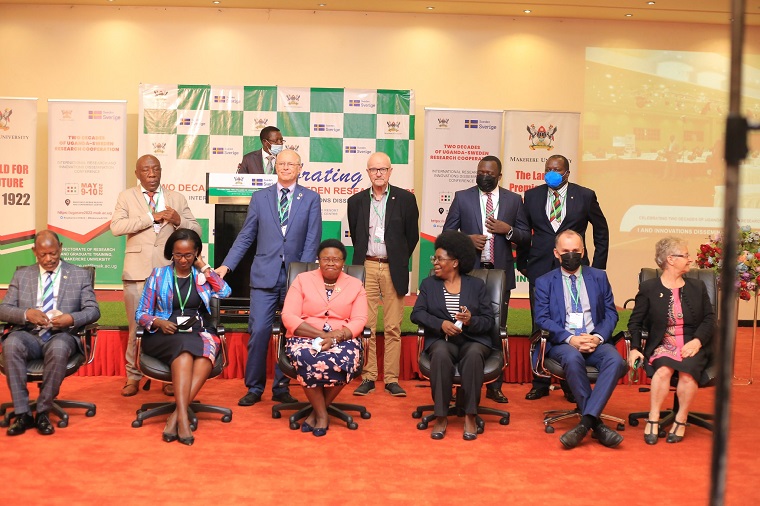 Education minister Janet Museveni has praised Sweden for aiding research initiatives in Uganda over the past two decades.

Represented by the state minister for Primary Education Dr Joyce M. Kaducu, the first lady noted this on May 9 during the opening of the International conference commemorating the cooperation between the two countries.

“Two decades of Swedish support have greatly improved our research culture and through the numerous research projects conducted, the government of Uganda has been able to formulate well informed policies that will lead to sustainable development,”she noted.

“Government has made significant impact through the Presidential Initiative on Science and Technology. Over the years, Sweden has supported the advancement of research and innovations in Ugandan institutions of higher learning. To date, there have been four consecutive research agreement periods with a total support of Shs 415bn. Initially started with Makerere and a few Swedish universities, the collaboration has grown over the years to include more than 17 Swedish universities and four other Ugandan universities including Kyambogo, Busitema, Gulu and Mbarara University of Science and Technology.

Ola Hallgren, the head Development Cooperation, Embassy of Sweden in Uganda, said in addition to the research and innovation outputs, solid relationships with the capacity to outlive the duration of the programme have been built between Swedish and Ugandan researchers and institutions.

“The cooperation has indeed been successful in terms of developing capacity both at institutional and individual levels and has contributed to both universi- ty and national policies in different sectors.”

He highlighted some of the figures from the collaboration as; 263 Masters, over 400 PhDs and 85 Post-doctoral staff trained from the five public universities, in addition to 98 small research grants awarded.

+1 #1 rubangakene 2022-05-13 02:55
Apart from the hordes of PHDs attained, what problems have actually been solved, what improvements realised as a result.