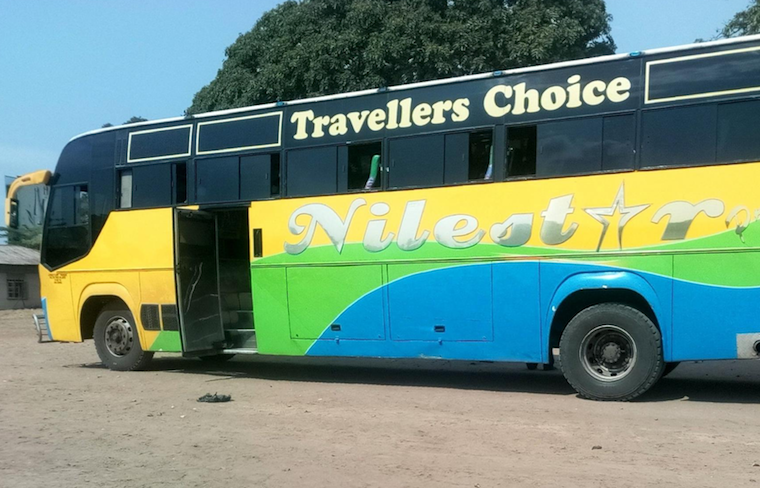 Sometime back, while on a trip to northern Uganda, in a vehicle that belongs to some agency, I noticed that the driver waved at each bus we found along the way.

Midway the journey, we stopped for a break to refill our coffee cups and such other things. We found many buses and the driver at the place we stopped. My driver, I will call him my driver, went to greet all the bus drivers that were parked there.

He seemed excited to see them and they were also happy to greet him as they embraced and had animated conversations. When we resumed the journey, I asked him how he knew all these bus drivers. He told me he started out as a conductor in a taxi that was owned by his elder brother.

His brother was the driver. Eventually, his brother bought another taxi. By this time, my driver had learnt how to drive and started driving one of the taxis.

After buying several taxis, he got an opportunity to buy a used bus that plied some routes between some major towns in northern Uganda. This growth was financed by him selling the taxis so my driver became a conductor again. But my driver’s brother always wanted to play big and his dream was to ply the Kampala route.

He eventually bought a newer bus that would allow him to live his dream. After one bus, he bought another one. My driver became a bus driver as well plying the Kampala route.

Today, my driver’s brother company has several buses hence the excitement he always had whenever he saw one of the buses. His brother of course stopped driving buses to concentrate on management, acquisition of buses and the expansion of his company.

By this time, I had one burning question. Why did he leave his brother to get a job in an agency in Kampala? He said he was being paid per trip to Kampala. He would earn Shs 100,000 per trip. If he made a return trip, he would earn Shs 200,000. So, making more trips came at the expense of his wellbeing.

He had no leave days; he had no weekend. If he had decided to take a day off, and another driver was sick, he would be called in. To make ends meet, he wasn’t resting enough. As he became older, he could no longer make many trips a month. He started looking for a much more stable job that allowed him recuperation time and landed one in the agency as a driver.

I asked him why many buses are driven badly, he said many drivers want to make return journeys so that they are paid double in a day; so, they tend to move faster. So, they disable speed governors, but where they can’t, they put the car in neutral gear during downhill and the bus just moves freely at an unbelievable speed.

He also told me that the most important skill a bus driver must have is anticipation — euphemism for the ability to judge that you can take a corner or overtake without braking.

Buses, he told me, don’t brake like small cars and because they are big, you can’t simply swing it as you wish in case you realized a problem ahead. So, to “anticipate” what lies ahead is key, he said. Anticipation is a recipe for disaster and one of the reasons for many accidents because one can’t always tell what lies ahead.

I must confess that I don’t know whether that is the case with all bus drivers but ever since my driver told me that, I have noticed that is how many bus drivers behave on the road. It points to a lack of bus driver training.

Many companies that sell buses, do some orientation of bus drivers especially when some new technology has been introduced.

Indeed, some even have simulators but many times, guys who have just been driving taxis and lorries are simply graduated to bus driving.

Isn’t this a business opportunity?

A track can easily be built and simulators installed in Kayunga where Kiira Motors plans to establish an automotive industrial park. I believe they are open to this kind of collaboration. Government can give the right incentives for the interested qualified investor.

A bus costs on average $150,000 (approximately Shs 530 million); so, why don’t bus owners think about this cost by providing better employment terms for their drivers?

A bus can have a flat bed at the back where one of the drivers can sleep and half the way the journey, another driver having rested enough can complete the journey.

This is the case in many countries. Bus owners can use that as a start but also ensure that their most prized asset isn’t driven by guys devoid of sleep.

The writer is a communication and visibility consultant.

+2 #1 Em 2022-05-16 18:00
Uganda Driving Standards Agency (UDSA) has a bus and truck drivers training facility in Mukono, the biggest challenge is on interesting the bus owners, banks (lenders) and insurance companies in ensuring that the drivers of these expensive machines are well trained
Report to administrator
+2 #2 Jomo 2022-05-17 10:16
I have never understood why driving schools and all other vocational training schools/centres cannot be regulated by the Ministry of Education with set curriculums and leaving certificates?
Report to administrator