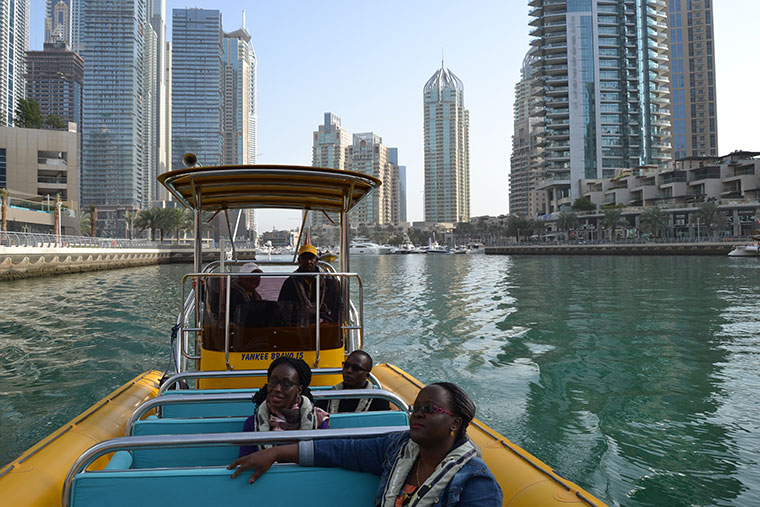 Dubai has once again been ranked the most popular destination for travellers around the world. It is the second year running that the Tripadvisor Travellers’ Choice Award goes to the United Arab Emirates (UAE) city.

Tripadvisor, a travel platform which annually releases travellers' awards, notes that last year, 2022, Dubai emerged as ‘The Best of the Best Destinations’, amidst various entries from the Middle East, European stalwarts, and coveted tropical and desert getaways. Dubai is renowned for its spectacular skyscrapers, beautiful beaches and received a lot of positive reviews on the quantity and quality of tourism options for travellers.

Justin Reid, director of media, destination, and travel at Tripadvisor had earlier described Dubai in their previous win as “an ultramodern city that has it all… Despite the effects of the pandemic, Dubai still attracted visitors from near and far over the past year and has stood out as their favourite place to go in a year when they really needed some excitement.”

The Travelers’ Choice Awards are based on travellers' ratings of places they visit, stay at, and other tourism activities that they do during their travels. Other top travellers' choices are; Bali in Indonesia, London in the United Kingdom, Rome in Italy, Paris in France, Cancun in Mexico, Crete in Greece, Marrakech in Morocco, the Dominican Republic and Istanbul in Turkey.

Crown prince and chairman Executive Council of Dubai, Sheikh Hamdan bin Mohammed bin Rashid Al Maktoum said scooping the top position as the travellers' choice reflects the vision of the leadership to transform Dubai into the world’s top destination for tourism and business as embodied by a key goal of the Dubai Economic Agenda D33.

Helal Saeed Almarri, director general, Dubai’s Department of Economy and Tourism (DET) said: “Being named the No.1 global destination for a second consecutive year reflects the significant work undertaken by the city’s many stakeholders, our strong public private partnership model, and Dubai’s global network of partners – all of which are aligned towards the guiding vision of His Highness Sheikh Mohammed bin Rashid Al Maktoum, vice president and Prime Minister of the UAE and Ruler of Dubai, to make Dubai the city of the future and the world’s best destination to visit, live and work.

“Tourism is a central pillar of Dubai’s economic growth and diversification, and the continual investment in our product offering, a frictionless and superlative guest experience and the development of the sector and those working in it, will not only serve to further accelerate industry growth but critically, will have a significant multiplier impact on many other elements of Dubai’s economic landscape and global appeal to businesses and talent.

Adding that the Agenda’s objective is to consolidate Dubai’s status as one of world’s top three cities for tourism and business but also as a hub for connectivity, commerce and investment.