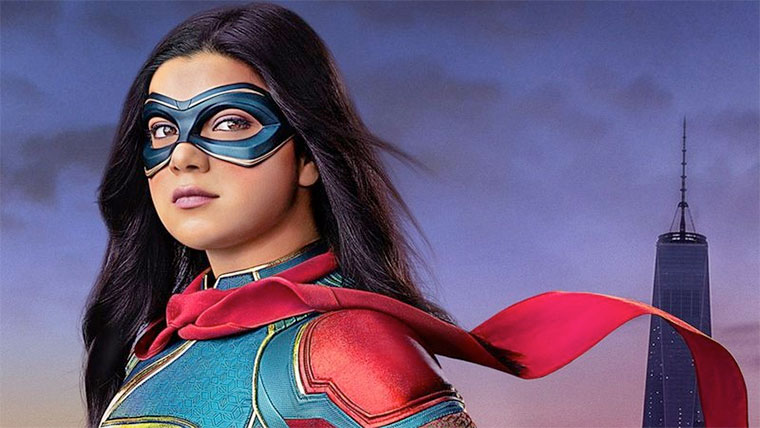 The second episode of Ms. Marvel came out a few days ago, and from what I’ve heard, it is just as impressive as the pilot. I will wait until the season ends before binging the whole thing.

But the online conversation surrounding this show is fascinating. I understand some of the negativity. The trailers promised a lighthearted teen drama. I have nothing against teen dramas, but they don’t appeal to me, which is fine.

Admittedly, the first episode changed my tune. However, the few negative reviews I skimmed made sense. I wholeheartedly agreed with the viewers who dismissed it as a ‘Kiddie Show.’

Those audience members had the same reaction I did when I saw the trailers, and their sentiments remained largely unchanged despite the charm of the pilot episode. However, I don’t understand people who have taken serious offense to the show’s tone.

They act like Disney is directly hurting them by putting out projects of this kind. If you think Ms. Marvel is a kiddie show, then it was not made for you; move on. You don’t have to like everything the MCU makes. I think it would help your attitude if you realized that you are not Disney’s only target audience.

Consider this example. I don’t like Twilight. I enjoyed the first installment, but the sequels sucked. Does that mean it is bad? No. I recognize that Twilight was made for teenage girls and I’m not a teenage girl.

That example won’t resonate with many of you because the hate for Twilight runs deep among adults. So, let us change tracks. Think about your favourite movie.

Maybe you prefer artistic pieces like The Lighthouse. Or you are an action junkie, so Zack Snyder’s 300 is the best thing you have ever seen on the big screen. If romance melts your heart, then you possibly worship at the altar of Jerry Maguire.

Regardless of what you like, take a moment to think of your absolute favourite film. Would you call that movie bad? But as much love as you have for your favourite film, someone else hates it with equal passion.

If I live for love and romance, I probably hate Nicholas Cage’s Face/Off. Does that make it a bad movie? Of course not. Face/Off is incredible. But if I prefer period pieces over action, it would not appeal to me. We should learn to differentiate between ‘Bad’ and ‘Not For Me.’

Look at music. I don’t like to RnB. Therefore, you won’t catch me listening to Beyoncé. Does that make Beyoncé a lousy artiste? No. I recognize that Beyonce is exceptionally talented, even though her music is not my cup of tea.

Some of you are losing sleep over arguments that don’t matter. I’ve seen the comments. Longtime Marvel fans are going insane because they think the MCU is slowly losing its way.

That could be true. But also, you have to consider the possibility that Ms. Marvel is not the latest in a series of failures. Maybe Disney is taking the Netflix route. Perhaps they want their streaming platform to appeal to a wide variety of viewers.

If you don’t like Ms. Marvel, so be it. If it looks like any other kiddie show, let the kids enjoy their show.