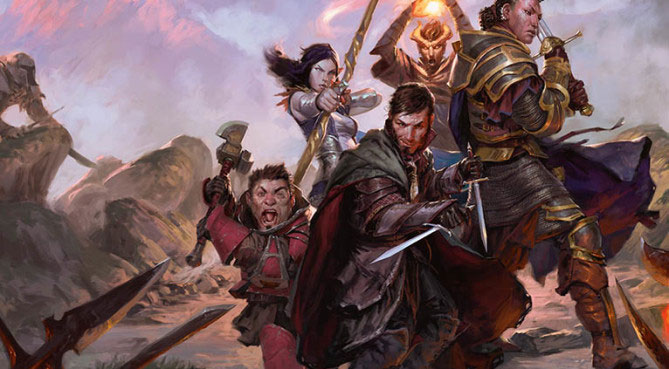 Dungeons and Dragons has never been my cup of tea.

Well, no, that isn’t exactly true. I’ve never really engaged with the franchise. Many of you watched the Courtney Solomon live-action adaptation from 2000. I could not stand that movie even as a child with shallow standards. Dungeons and Dragons is featured so heavily in pop culture conversations on the internet that my disinterest in this franchise is honestly surprising.

I am willing to try most things. But this has never appealed to me. Maybe my country of origin is to blame. I’m yet to meet an African that cares about DnD, let alone a Ugandan. A similar trend is happening in the West.

Two decades ago, DnD fanatics lived on the fringes of society. It would not have done your reputation any favours for your classmates to learn of your obsession with this franchise. In fact, DnD nerds in some places were the subject of severe bullying.

Adults fared slightly better. Those brave enough to reveal their passion for Dungeons and Dragons had to endure unnecessary ridicule. Fast forward to 2022. Take a moment to survey the pop culture landscape.

Hollywood celebrities are embracing the DnD craze left and right. You would be hard-pressed to find an A-list movie star that hasn’t played it at least once in the last 12 months. Nerds are cool, sort of, and these superstars want to elevate their popularity by embracing the nerdiest hobby the market has to offer. If you told a DnD enthusiast from the 1980s that Hollywood celebrities in 2022 would embrace Dungeons and Dragons, they would laugh you out of the room.

That rationale applies to this continent. I can’t see DnD taking over Uganda. I don’t know why. It doesn’t feel like it fits our sensibilities. But that could change in the next decade. Speaking of Dungeons and Dragons, the trailer for Dungeons and Dragons: Honor Among Thieves is out. A month ago, I could not have cared less about this project. The teasers they released did nothing to
win me over. And because I had no interest in it as a franchise, I could not wait to ignore this latest adaptation. But you know what? This trailer looks amazing. The response in some circles has been lukewarm, which is odd because the Chris Pine-led film feels like a throwback to the fun, action-adventure fantasy flicks of the 2000s.

Wait, that can’t be right. I don’t think I’ve ever seen a fun, action-adventure fantasy. Most of them are dark and overly serious, which I like. You are talking to a hardcore Lord of the Rings fan.

And even though Game of Thrones ended on a sour note, I will acknowledge that George R.R. Martin is a masterful storyteller. But I have had my fill of grim fantasy. Dungeons and Dragons: Honor Among Thieves feels like fantasy at its best: loud, colourful, whimsical. Did you see the dragon? The one spewing acid? How can you say no to that?

DnD fanatics have praised the trailer for accurately recreating the look and feel of a Dungeons and Dragons game. I will have to take them at their word. I know next to nothing about this world, and I’m eager to learn.