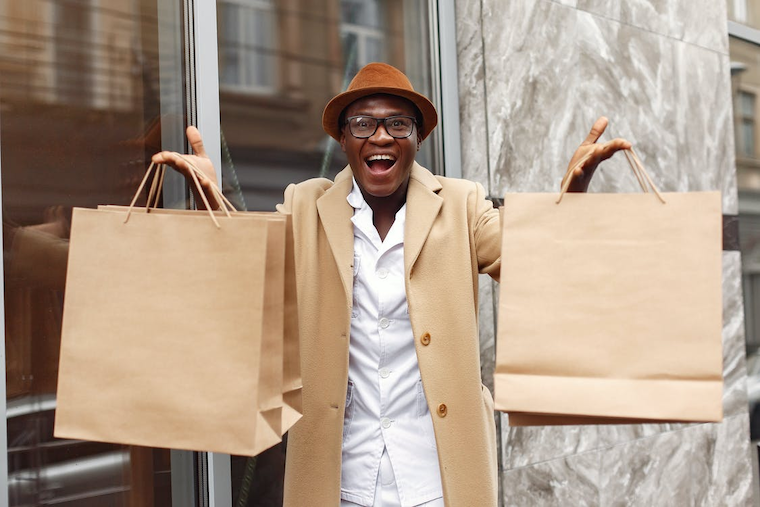 Just like I had suspected, I was not able to focus on work, especially after seeing Julie and knowing she had not deserved what I had done to her.

Instead, my mind had kept drifting from work to how I could make it up to her and get her to forgive me, and by the middle of the day I had come up with what I hoped might work.

Cancelling the rest of my day’s appointments, I headed back to the apartment a little after two.

Although it was already after lunch, I passed by a four-star Chinese restaurant and ordered several different dishes off their menu, so when I left, my wallet was almost three hundred thousand shillings lighter and I had a large take-away bag that looked like I was carrying food for at least six people, rather than just two.

My next stop was at a supermarket close to the apartments where I bought a large box of chocolates, a bouquet of roses and even though she was not much of a drinker, a fancy bottle of red wine.

In comparison to what I had done to her, it was not a lot, but it was only a prelude to my real apology and all I really hoped for, was that it was enough together to let me in and hear whatI had to say.

Because I did not apologize much, I knew I was not much good at it, but from a few past experiences with Diane, I also knew that the fastest way to soften up a woman was to spend on her, and was pretty confident that once Julie heard my apology – in full – she would not have any choice but to forgive me.

I had not expected David to return so soon, certainly not in the middle of a workday, nor laden with shopping bags and flowers; so, I let him in more out of surprise, than any real willingness to have him there.

“What’s all this?” I asked coldly as he set down the bags on the dining table.

“I thought you might be hungry – and I wanted to say again how sorry I am,” he answered, his tone hopeful, almost pleading.

“And you thought buying me food and flowers would say that?” I scoffed.
“No; I just hoped they would make you give me five minutes to hear me out,” he replied honestly.

I was not moved by the numerous packages, and did not want to hear whatever it was that he had to say, but he was already here, and if five minutes was all it would take to get him to leave again, then I would give him five minutes.

“You have five minutes,” I answered frostily.
He took a deep breath before he began.

“I messed up; I messed up big time and I can’t begin to say how sorry I am. I won’t blame you if you never forgive me, because what I did is unforgivable, but I’m praying you find it in your heart to do so anyway, because I love you, and I really am sorry.

I don’t have an explanation, other than I guess just the thought of you with someone else drove me crazy, and I didn’t stop to think before reacting – I’m a fool and I’m sorry.

I’ve spent all morning thinking about what I should have done differently, and it got me thinking that the only reason this situation even arose in the first place, was that you didn’t have a way to get Junior to the hospital. I want to make sure that you’re never in that position again, so I want you to take driving lessons, because I want to buy you a car,” he announced proudly.

The way he said it, like he had found the perfect way to erase what he had done last night, filled me with rage; did he really think he could buy his way out of what he had done?!

In an attempt to show Tracy that I was taking her complaint seriously, I forced David and his wh*re out of my mind and focused on the boutique for the rest of the workday, even staying later than usual, and not leaving till well after six.

Just like it had been that morning, it was the middle of the rush hour and as the traffic inched towards the turn off to the apartment complex, I momentarily considered branching off, just to check once more for David’s car, but then mentally reprimanded myself – I had agreed to let it go and driving past the complex to look out for David’s car, certainly was not ‘letting it go’; so, with a burst of self-control and determination, I forced myself to drive past the turn, silently praying David would be home when I got there.

When I finally drove up the drive way to the house half an hour later, and saw David’s car parked in its usual spot, I let out a deep sigh of relief, not realizing I had literally been holding my breath till then. He was home with our children, not at the flat with that wh*re and her bastard, which meant my plan was still on track, and right then, that was all that mattered.

Upon entering the house, I was greeted by the sound of the girls’ happy squeals of laughter, as they played with David in the living room, and for a few seconds, I just watched them, reveling in the picture perfect image they portrayed of the happy family. When they finally noticed my presence, the girls greeted me gaily, but did not leave their father’s side; they were both daddy’s girls; so, that was not surprising.

What was surprising was David’s reaction; was I imagining it, or had his expression darkened fractionally when he saw me? Like the girls, he did not leave their game to welcome me back, calling out his ‘hi’, and then remarking that I was back later than usual.

“There was a lot to do at the boutique, and I didn’t want to leave it all to Tracy,” I explained apologetically, but he had already turned from me and resumed his game with the girls. I left them to it, and went upstairs to freshen up and change.