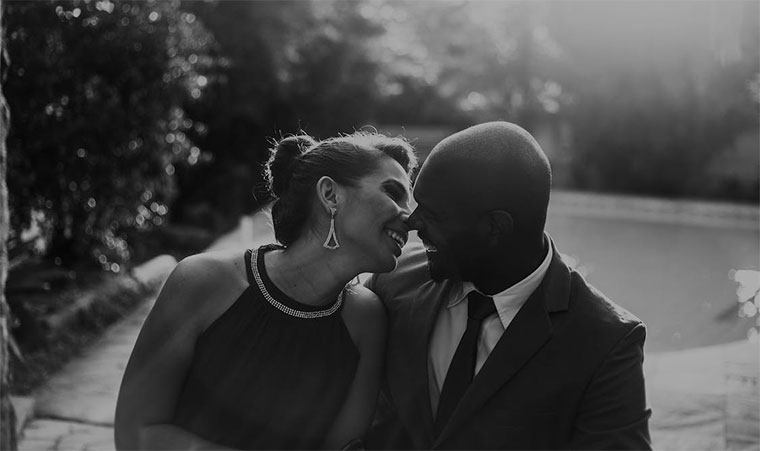 “My husband is pressurizing me to have sex and yet I am in 40 days of prayer and fasting. Our pastor told us to keep ourselves holy during this fast. I don’t want to disobey the Holy Spirit. I am a prayer leader in the church. What can I do?”

This post by ‘Jowin’ on News 24/7’s Twitter page caught my eye, and it so underlines what the problem with Christians and Ugandans in general, is. What has keeping oneself holy and having sex in one’s marriage have to do with anything? Fasting is holy, but so is marital sex, my sister!

It is high time clergy started teaching about sex on the pulpits, instead of blanketly shrouding it in sin, shame and filth. I don’t even know where to start. This is January and every Pentecostal church I know has called for fasting and prayer; I can only imagine the amount of confusion this is, once again, causing in many a marriage!

The problem is couples go into marriage still referring to sex as “eby’obusiru” (stupid things), “eby’obuseegu” (bad manners), etc. So, naturally when someone with this attitude puts aside all iniquity and bad habits to observe a fast, poor sex is lumped with the vices to be put away.

And when they come out of those fasts and the marriage is limping or on its deathbed, they turn to shake angry fists at God in their prayer closets. The Bible tells married couples not to deprive each other of sex, unless it has been agreed on mutually – you know, as an additional sacrifice as you both seek God (1 Corinthians 7:5).

For example, when we fast, we forsake food, not because food is evil and unholy but, rather, because it is something we love and giving it up for the sake of going deeper in prayer, is an ultimate sacrifice and penance for the flesh. If as a couple you decide to add other luxuries and treats to the fast to make it even more sacrificial, you can take an agreed sex hiatus, or even abandon your bed for mats on the floor.

Those are all spiritual decisions a couple can agree on, but it would be totally selfish to wake up one day and decide all by yourself that “there shall be no more sex in this marriage, until further notice”. Shaa!

I am Pentecostal myself, Spirit-filled too, but was privileged to study in a Muslim school (Kibuli), where I learnt a lot about Islamic practices. I know, for example, that when it is time for Ramadan, married couples can make love once they break their daily fast, then have their ablution and start fasting again the following day. It partly explains why the rush for nikkas a few weeks to Ramadan – people trying to observe their fast without fornication.

It is among Pentecostals that you hear arguments of “no sex until I am done fasting”. Goodness, I personally know people who fast the whole year through!

Some of you do not stop at fasts; you continually use religion and your faith to block sex in your marriages, and if we are honest, the problems that have cropped up there can only be blamed on you. I will always remember with sadness the pastor’s husband who years ago emailed me saying he was on the verge of throwing in the towel, because his marital bed was clearly a church extension.

Madam pastor was reportedly always wearing the most unflattering of nightgowns (the kind that look like cassocks), wielding a Bible and speaking in tongues in their bed. Any attempt at seduction by her husband was met with a firm rebuke of “Shush! Don’t interrupt the Holy Spirit!”

So, why do you people even get married? If I may ask...Do you know that sex in marriage is a weapon of spiritual warfare that you can wage as a couple? So, as you fast and pray, please don’t exclude this important form of prayer too, unless it is a mutual decision that you both will see no pink elephants for the duration on the fast.

“I believe that sex between a man and a woman who are married and love each other – that is, sex in God’s order – is spiritual warfare,” renowned televangelist Joyce Meyer writes in her phenomenal book, Making Marriage Work.

“[God] has shown me several times how making love to my husband can prevent spiritual attacks that are formed against us. I have seen it happen enough that I’m getting the fear of God on me about it.”

By the way, if you can, buy the book. It has a whole chapter on sex and it will debunk all the funny myths you have allowed your cultural beliefs and society to entrench, quite contrary to od’s will. It is a chapter that the Lord led Meyer to write, after helping her overcome her own poor attitude toward and during sex.

In a marriage, the first thing the devil usually attacks is the sex, because of how powerful a spiritual weapon it is. Couples that enjoyed it before and become attacked by issues such as infertility and barrenness, so that what used to be an enjoyable, intimate activity suddenly feels like a meaningless, anxiety-inducing chore that leaves both parties depressed.

Or, one of you is tempted to cheat and introduce negative vibes and resentment into the marital bed, all geared toward taking the cutting edge off your weapon of spiritual warfare. I even know a marriage where the couple woke up to a suddenly-impotent husband, bringing them untold distress for a while; it took divine intervention for mister to spring back into action.

So, the devil attacks the sex life of any marriage first, because he knows something many people don’t. No wonder the Bible says, “My people [marriages] perish for lack of knowledge. (Hosea 4:6)” Many couples would not be divorced, if only they knew a little more than what they know about marriage and sex. These things of being angry, so you slap a sex ban in place, all play into the devil’s favour. Stop turning sex into a weapon of carnal warfare; it is a weapon of spiritual warfare!

“If you are too upset with your spouse to make love to him, it is probably more important to lovingly offer yourself to him/ her at that time more than ever before. The act of sharing what God has encouraged you to give and what Satan is tempting you to withhold, is to resist the devil and draw near to God,” Meyer writes.

“Satan hates the purpose of sex because its ultimate expression is new life. Sexual fulfilment releases tension, is enjoyable and brings a bond of unity that is unlike any other.”

Now what we have are those having casual sex having a blast, because the devil does not attack what does not threaten him. On the other side, marital sex has been painted as horrible, boring, non-existent, because the demonic attacks are concentrated there for spiritual reasons, and married couples have gullibly let the status quo be.

The strong sexual drive you have is not a mistake; God created you that way and you were predestined to marry someone who could handle your needs perfectly. Of course, the fact that many marry the wrong people – spouses they cannot talk to and are not physically attracted to – is a debate for another day... For now, may I hear a loud Amen!

I always read your pieces and I take it that you have taken this as a calling to serve the Church through this Mountain. Keep it up
Report to administrator