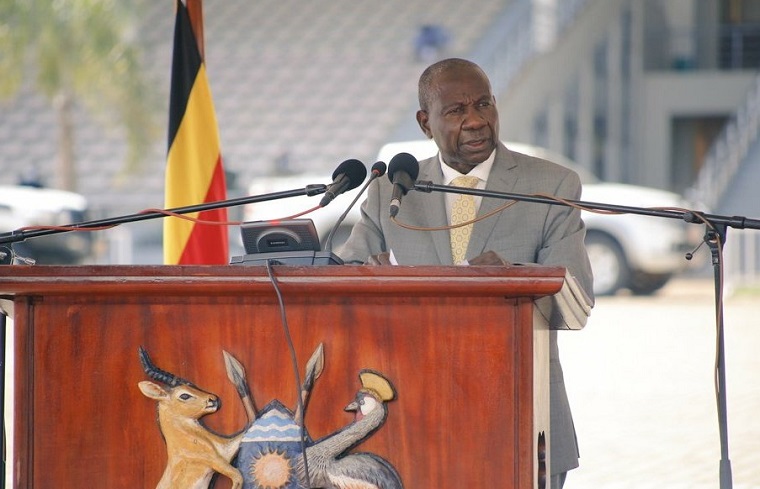 Finance minister Matia Kasaija delivered a Shs 48.1 trillion budget yesterday that tried to offer hope to a public struggling to make ends meet, and disillusioned by the erratic price increases in the economy.

Under the theme, Full Monetisation of Uganda’s Economy through Commercial Agriculture, Industrialisation, Expanding and Broadening Services, Digital Transformation and Market Access, Kasaija announced that there would be no new tax measures, but handed the Uganda Revenue Authority the duty to hunt down for tax evaders.

This year’s budget found Kasaija in a tricky situation. On the one hand, Kasaija needed to raise taxes in order to generate revenue that would be used to run the government, and create wealth for households. But on the other hand, raising taxes on a population that is struggling to purchase basic items such as maize flour and soap, would drag them to the brink, where many have already fallen off the cliff and into the poverty trap. He chose the latter.

“…no new taxes will be introduced in financial year 2022/23. We will achieve revenue targets by improving the efficiency in tax collection and enhancing compliance to tax laws. The capacity of the Uganda Revenue Authority will be enhanced by recruiting and training staff, deploying appropriate equipment and ICT to enforce tax laws,” he said.

Shifting slightly from the usual script that he is known to deliver, Kasaija, flanked by a new set of technocrats at the ministry while he read his seventh national budget, yet again dished out a large size of the resource envelope to security, and also added the health sector to the list of big recipients at a time when the

Covid-19 pandemic is yet again threatening to rear its ugly head on a massive scale. Kasaija awarded the health sector Shs 3.72 trillion as the country prepares to, among other things, embark on a countrywide vaccination campaign against Covid-19, a pandemic whose scars remain visible more than two years after it struck.

At least Shs 3.987 trillion has been provided for improvement of security and security infrastructure, an amount that aligns with government’s argument that without security, nearly all sectors in the country would be in trouble.

It is a figure that those in the tourism industry will likely frown at. The sector, which used to be one of the top exports of the country until a cocktail of bad politics and the Covid-19 threw it off the pedestal, will have to do with just Shs 194.7 billion.

Misery, they say, loves company, and it is quite certain the tourism players will find it among the agriculturalists. With agriculture employing the largest number of Ugandans – at least two thirds – the resource allocation is one that many in the sector will not feel proud of. Kasaija tossed them a Shs 564.39 billion kitty and directed them to use it to improve productivity.

As always, the transport sector always walks away with the largest envelope, and this time it got Shs 4.3 trillion. The resource allocation will try to resuscitate an economy whose recovery from the Covid-19 pandemic remains slow and painful. And the situation is not colourful.

Government has employed new strategies such as the Parish Development Model to try and place money in the hands of ordinary Ugandans, and Kasaija used that as one that Ugandans should have hope in.

He also added that government will intensify its rolling out of relief funds to those that have been affected by Covid-19. These interventions are urgently needed because the numbers paint a dark picture. Economic growth was expected to shoot to six per cent from 3.5 per cent, but it instead moved to just 4.6 per cent.

Uganda’s debt level – at just over 50 per cent – has wobbled over the agreed East Africa ceiling that at some point experts felt Uganda was moving worryingly close to a point where it would easily default on its loans. Payment of interest on the loans is expected to swallow at least 20 per cent of the budget.

Uganda’s ability to raise revenue to match the size of its economy remains weak, with the tax to Gross Domestic Product ratio at less than 14 per cent, lower than that of its East African counterparts such as Kenya that is above 16 per cent.

It is not clear why the budget support has undergone a sharp decline, although, recently, there have been worries within the diplomatic circles on the quality of debt that Uganda has built up over the years, complaints of human rights abuses, and the manner in which projects have been executed, which have seen a reversal of some of the gains that the country had achieved years back.

The figures that many Ugandans can easily relate to are even more painful. Prices of basic goods and services are going up, with overall inflation breaching its five per cent target by shooting up to 6.3 per cent in May 2022, up from 2.7 per cent in January. More people fell into poverty as a result of the Covid-19 pandemic.

Regardless, Kasaija said the situation is going to be reversed with, among other policy interventions, his tax measures. There were no radical tax measures announced, meaning that Ugandans will continue to pay the same tax on the usual items such as phone airtime.

However, big capital businesses have been awarded tax incentives with the aim that this will encourage the exploitation of local resources and the hope of creating more employment opportunities.

Instead, Kasaija placed more pressure on Uganda Revenue Authority to improve its administrative duties and collect more revenue. The tax body was expected to collect Shs. 22.425 trillion in the financial year ending June 2022, but it has failed to hit the target. Instead, URA is now projected to collect Shs. 21.486 trillion, representing a shortfall of Shs. 939 billion.

Tax evaders will be the main target this financial year. Kasaija did not use his budget speech to hit at tax evaders, but within the ministry the harshest penalties for tax crimes have already been laid out. Kasaija hopes that all those with the idea of rigging the system will take time to think twice.

Still in the mining industry, companies are obliged to report to the commissioner at the URA the names of the contractors within seven days. Failure to do that attracts a penalty of Shs 20 million ($5,700). There is also a fine of Shs 50 million ($14,280) or more that will be slapped on any business entity that fails to activate a tax stamp on a commodity.

There will be penalties for rigging the electronic receipt system, the misuse of tax stamps, and for even breaching the automatic exchange of information platform.

With URA’s administrative staff stretched, Kasaija will look to whistle-blowers to ensure tax evaders are brought to book. And whistle-blowers now have a better incentive to report evaders.

According to the new proposals, informers who provide information that leads to the identification of any unassessed tax or duty shall be rewarded with the lesser of either one per cent or Shs 15,000,000 of the duty or tax assessed.

That is not all; an additional payment of five per cent or Shs 100,000,000, whichever is less, is proposed to be rewarded to any person who provides information leading to the recovery of an unassessed tax or duty.

At a time when revenue is urgently needed, fighting tax evasion is the best option that government is left with to make ends meet.

+1 #1 sula 2022-06-15 15:05
Budget - in Uganda =---It is just Kibozibozi !
Quote | Report to administrator
+1 #2 Odongkara Bidong 2022-06-16 07:03
This is not the real budget at the end of the day, just wait for the supplementaries from State House and the Security to start coming in and if you know, you know!
Quote | Report to administrator
Refresh comments list
RSS feed for comments to this post
Add comment