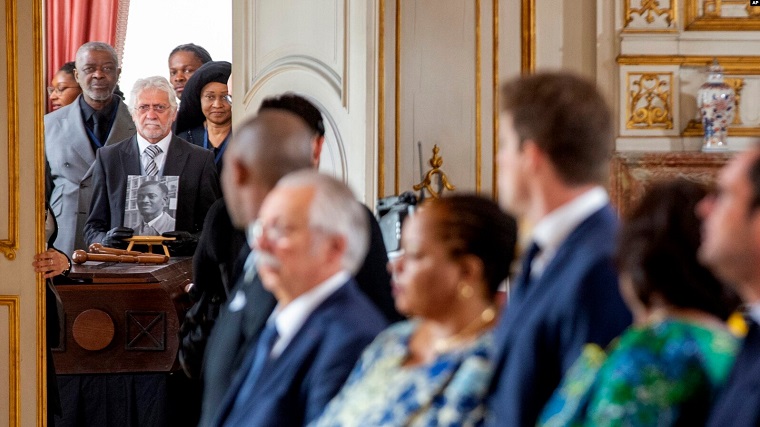 The tooth of assassinated Patrice Lumumba, Congo’s first democratically elected leader, is scheduled to be handed over to his family on Monday.

The Belgium government will hand over the tooth to Lumumba’s family in an official ceremony in Brussels. Lumumba elected as Congo’s first democratically elected prime minister in 1960 and was hugely popular with his countrymen and largely unpopular with European and American powers.

The Congo had been a Belgium colony. At his inauguration ceremony in 1960, Lumumba spoke in graphic detail about the atrocities the Congolese people had suffered under their Belgium colonizer, angering Belgian King Baudouin who was present.

Lumumba was in office for less than a year when Col Joseph Mobutu seized power in a coup. Shortly after the coup, the young prime minister faced a firing squad. Belgian police officer Gerard Soete and his brother took charge of the grizzly details of dismembering and dissolving Lumumba’s body in acid, according to Belgian writer Ludo De Witte, the author of the book “The Assassination of Lumumba.”

Decades later, in 1999, Soete came forward and acknowledged that he had Lumumba’s gold crowned tooth.

0 #1 Batamba Peter 2022-06-21 12:43
I often get vexed /annoyed when black African leaders hide behind "colonial history", chastising former African colonizers, when actually the Black African leaders themselves and their families are presiding over despicable atrocities and unprecedented theft ( which they softly call corruption) that is far worse than that occasioned by colonizers.
Quote | Report to administrator
0 #2 kabayekka 2022-06-21 13:25
So now what of the other Congolese citizens that are still dying even when the United Nation is still there in the Congo very helpless as it was during that time 60 years ago and counting?

As China is coming up to the same economic greed as the Western countries one hopes Africa is not turned into a UN problem like that one in the Middle East!
Quote | Report to administrator
0 #3 Wazza 2022-06-21 14:25
You killed him, and the best you can offer to the family is a tooth? What a mockery!
Quote | Report to administrator
Refresh comments list
RSS feed for comments to this post
Add comment