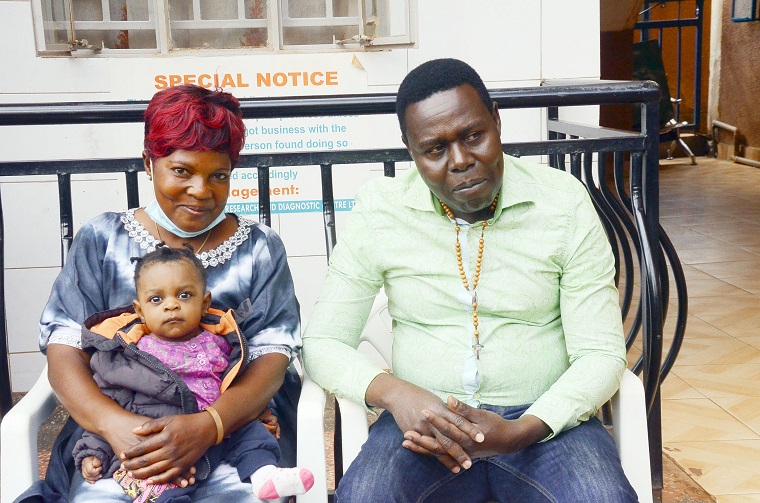 Medical research says that if you are diagnosed with breast cancer while pregnant, your treatment options become more complicated because you will want to get the best treatment for your cancer while also protecting the baby. But in the case of DOREEN ZZIWA, she risked it all to kill two birds with one stone after using David Ssenfuka’s herbal remedy, writes Muhammad Kakembo.

We have written a number of stories about the wonders of David Ssenfuka’s herbal medicine. One would think there is nothing more to write about it. The powerful, the weak, the rich, the poor, the educated the illiterate, locals and foreigners have all give moving testimonies of how Ssenfuka’s herbal medicine has given them an new lease of life after liberating them from cancer and diabetes; two debilitating diseases that are slowly but surely getting themselves front row positions as Uganda’s leading causes of death.

But when you think you have heard the most moving story of all of them; another one creeps in. This time it is that of Doreen Zziwa, a 38-year-old daughter of Francis Zziwa and Noeline Namirembe, both deceased.

After completing her O-level and without prospect for further education, Zziwa got herself a husband, Joseph Kiiza Wookolera in 2002. They stayed together for almost 10 years without children until 2011 when they broke the jinx. But a few months into her breastfeeding, she started feeling pain in the breast thanks to a small lump that she had also noticed.

She thought to herself, was it the child who wasn’t properly breastfeeding or it was the family planning method she was using that was causing the discomfort? Zziwa was using an injector-plan. Like it is typical of most Ugandans, when the pain came, she took relievers, when it went, she lived another day. Health centres are preserved for the most extreme of the sicknesses.

The pain that was occasional now became a daily fixture and the lump that was initially minute started enlarging.

“I also decided to discontinue my child from breastfeeding and I also stopped using family planning. But the pain continued and the lump too continued developing. I got really worried,” Zziwa says.

That’s when she decided to see a doctor. A friend had told her there was a possibility she could be having breast cancer and that Nsambya hospital is good at handling such cases. She visited the hospital on February 17, 2014 and saw a doctor. After examination, the doctor told her to do a biopsy to know what exactly was ailing her. She nodded in approval. But when she went back home and told her husband about what the doctor had asked to do, he was sceptical.

“He said biopsies sometimes actually exacerbate the problem. That people die within months after undertaking them,” Zziwa quotes her husband as saying. Of course, this is not true.

Being a listening wife that she is, she listened to him and also his alternatives to the biopsy. They started using all sorts of traditional medicines that anyone and everyone would suggest as remedy. Unlike Zziwa, the pain and the lump didn’t listen to the medicine they were giving them. They continued to grow in leaps and bounds.

At this time, the breast had actually developed a gaping wound. It was her brother Bashir Nsubuga after realising that if nothing serious is done, she was staring straight in the face of the grave. She agreed to go to Mulago at the Uganda Cancer Institute. On seeing the doctor, he advised that the breast be cut off to curtail the cancer from spreading. She agreed. But on the D-day, there were very many people who had to have a similar operation. The doctors did not work on her.

“That is how I survived. I decided to go back home and continued with my herbal medicines. But in 2020, the problem worsened. The lump became very, very big and very painful. They directed me to a man in Kasokoso who they said treats cancer. He gave me herbs which I took and indeed in three days, the lump and the pain reduced. But the wound that had developed continued eating up the breast,” Zziwa says.

But this didn’t make her reconsider going back to Mulago to remove the breast. She couldn’t wrap her head around the fact that she has one breast.

One day her brother called her about a man he had watched on TV called David Ssenfuka who they said was good at treating cancer. The following day she was on a taxi from her home in Kasenge in Wakiso district to Kasubi where his Leonia-NNN Medical and Diagnostic Centre is located. By now the pain had come back in full swing. The wound had worsened; it was now smelling very awfully that nobody would want to be near her. 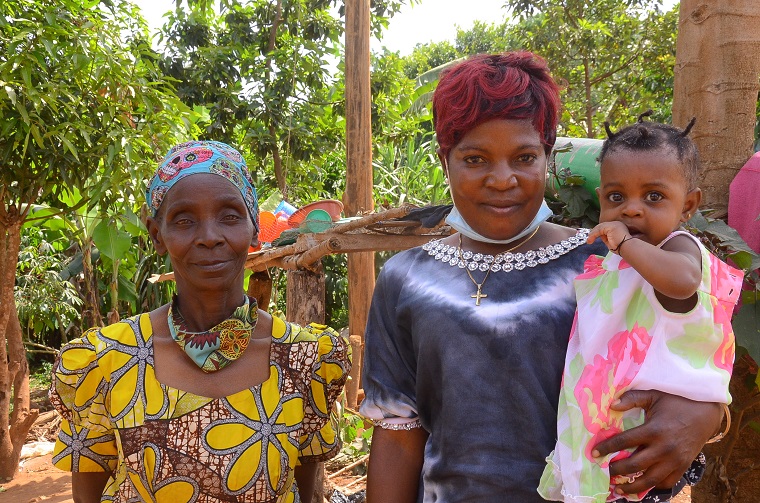 Ssenfuka agreed to treat her for free. And like those he has worked on before, she started noticing changes starting with reduced pain, reduced swelling, and now the wound also started drying up. She thought now she was on the highway to recovering full health. Moses Mpairwe, the medical doctor with whom Ssenfuka works, prescribed for Zziwa cancer medicines she should take alongside the herbal concoction. The future looked bright indeed.

But after taking the medicine for about five months, her stomach started swelling. It got her worried. She told doctor Mpairwe about it. He asked her to go to Imaging Centre and do a scan to see what was the problem. She nearly jumped out of her skin when the results showed that she was pregnant.

She was told that the only way for her to survive was to choose between a baby and herself. But Dr Mpairwe told her to stop taking the cancer drugs and only take the herbal medicine. Every time she would take them, she would vomit for hours and feel like the baby was coming out. When she stopped taking the drugs, the baby settled and she stopped vomiting.

When she went to hospital for antenatal care when the pregnancy was about four months, they told her it was a mistake to keep the pregnancy when she has cancer. They asked her to abort it but she refused. She had assurances that would will be well.

The American Cancer Society says, if you are diagnosed with breast cancer while pregnant, your treatment options become more complicated because you will want to get the best treatment for your cancer while also protecting the baby.

“The type and timing of treatment will need to be planned carefully and coordinated between your cancer care team and your obstetrician. When treating a pregnant woman with breast cancer, the goal is the same as when treating a non-pregnant woman: to cure the cancer whenever possible, or to control it and keep it from spreading if it can’t be cured. But the extra concern of protecting a growing fetus may make treatment more complicated,” the society says.

“When it came to giving birth, the doctors told me I wouldn’t be able to deliver on my own but by C-section. I had delivered my two children normally. After the delivery, they took the baby away from me for three days because they said she had an infection,” Zziwa said. Eventually the baby was given to her but they prohibited her from breastfeeding her.

She named her Divine Mercy Maria Nakaweesi. It was God’s mercy that she was able to deliver her without complications to both mother and child. She went to her maternal auntie in Masaka as she had nobody to look after her at Kasenge. While there, she was unbale to continue taking Ssenfuka’s medicine because of the difficulty in transportation owing to her weak financial position. She regressed in her recovery efforts. Now she is back at her home in Wakiso and has resumed the treatment.

“Life has been very hard for me and my husband. Imagine having a breast that is oozing with puss and is smelling. I’m lucky that my husband loves me very much but there a few people whose marriages can survive in such a situation,” Zziwa says.

She is thankful to Ssenfuka that he gave her an opportunity to live again.

“I have always known that there is no cure for cancer; so, when they told me I have cancer, I knew I was going to die. But I prayed to the virgin Mary to give me courage to live. I wanted more time to look after my children; they are too young. I love my husband but he is an adult; he can survive without me,” Zziwa, who now has three children aged 10, four and five months, says.

When she was told that she was pregnant, her husband stopped coming back home. The bar became his best friend because he couldn’t believe the fact that he was responsible for the pain that she was suffering. “He started blaming himself for wanting to kill me because we were told I had to choose between myself and the baby.”