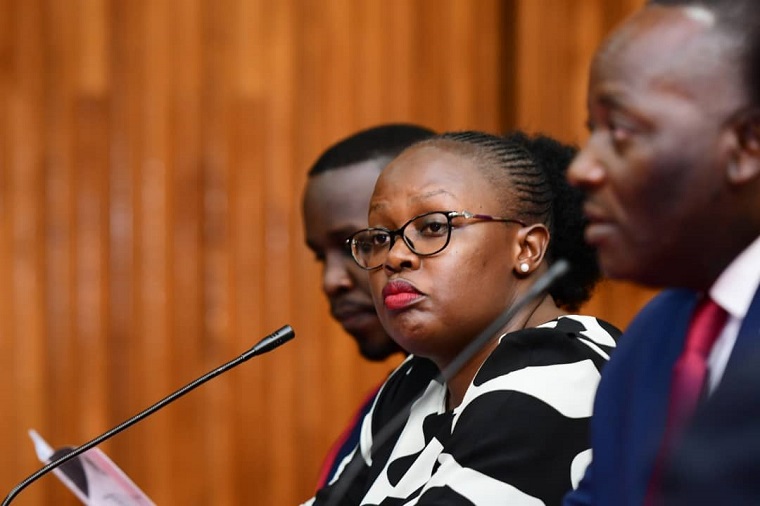 The Court of Appeal has overturned a High court ruling that had nullified the election of Joyce Bagala as Mityana Woman member of parliament.

Bagala, a candidate of the opposition National Unity Platform (NUP) won the January 14, 2021 polls with a margin of 16,000 votes to defeat current Lands minister Nabakooba. But, Nabakooba filed a petition to challenge the outcome of the polls, alleging that Bagala was not validly elected to represent the Mityana district in parliament.

She accused the Electoral Commission of failing to secure conditions necessary for the conduct of a fair election. She added that while registered voters were threatened, and her agents intimidated, EC presiding officers connived with Bagala and her agents to procure voting by unregistered persons, facilitate impersonation of voters, and multiple voting.

Nabakooba also accused Bagala of bribing voters through Francis Butebi Ssembusi, a renowned businessman and father to Mityana municipality MP Francis Zaake who is said to have given Shs 200,000 to Bonny Kalema, Annet Nakaggwa, Annet Alumaiya and Varitino Sebwarida and asked them to vote for Bagala.

On October 2, the Mubende High court judge Emmanuel Baguma nullified Bagala's elections faulting her for not bringing Butebi to court, to justify whether he was giving out money on her behalf. He further ruled that Nabakooba proved her case on a balance of probabilities to the satisfaction of the court. He ordered the EC to conduct fresh elections for the seat.

But Bagala appealed against the decision on grounds that the trial judge erred in law and fact when he held that Butebi Sembusi and MP Francis Zaake were her agents. She argued that the judge failed to evaluate the evidence on record and ended up with a wrong conclusion that there was non-compliance with the electoral laws and principles during the elections among other grounds.

Today, three judges Geoffrey Kiryabwiire, Stephen Musota and Christopher Gashirabake set aside the decision by the High court in Mubende and reinstated Bagala as the duly elected MP for Mityana district.

Joyce Bagala is by far better than Nabakooba

In what exactly? Please be more precise in such comparisions [in order to eliminate the possibility of comparing their horizontal representation, which is not & should not be of public / political interest anyway].
Report to administrator