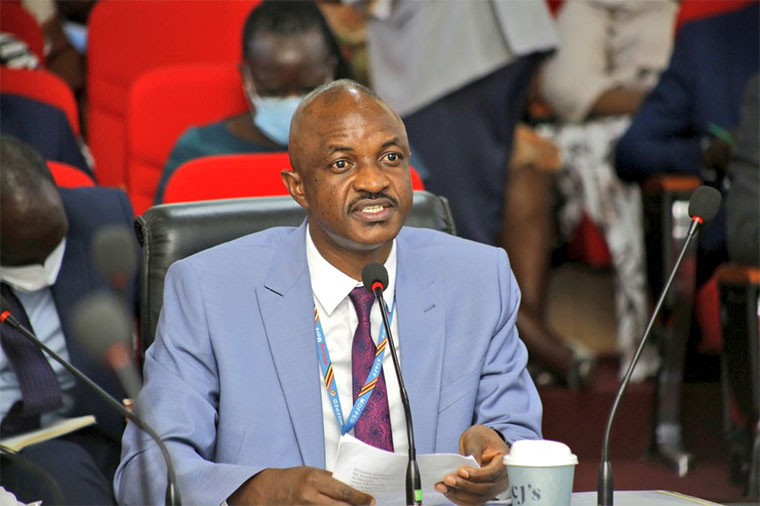 Civil servants will receive their July salaries around August 5 the ministry of Public Service has said. By law, all civil services salaries and wages are supposed to be paid on or before the 28th day of every month.

"All accounting officers must ensure that they pay wages, salaries, pensions, and gratuities by the 28th day of every month," ministry of Finance permanent secretary Ramathan Ggoobi told the media a week ago while announcing the fund release for the first quarter. At least Shs 1.6 trillion of the Shs 4.6 trillion released was for wages.

However, as the due date approached, the accounting officer in ministries, departments, agencies, and local governments noted that they did not have the new payroll from the ministry. Several accounting officers issued notices communicating the delayed payment. Some relief came late on Tuesday when the ministry of Public Service announced that the delay would last about one week after July 28.

"At the beginning of every financial year, this ministry issues a salary structure as a framework that guides the service on the amount of salary to be paid to each category of public officers in that financial year, " the ministry explained in a brief statement.

The PS said that the timeline for payment of the salary will now be about 5th August, appealing to lenders not to penalize those with loans over delayed repayments.

"By copy of this letter, commercial banks and other financial institutions are informed accordingly and requested to waive penalties on late loan repayments by the public officers," says the statement copied to the prime minister, the ministry of Finance, the president's office and the financial institutions.

While the ministry of finance announced the release of funds over a week ago, the delay to explain the situation was causing confusion among the civil servants, according to trade union leaders.

"The new salary structure is being uploaded on the IPPS system to automatically update the enhanced salaries, then the payroll will be reverted to different local government votes to process and pay salaries for July 2022," said Vincent Elong, the chairperson of Uganda Professional Science Teachers Union.

He said he also received assurances that scientists and science teachers will be paid their new enhanced salaries.

"Our salary was enhanced already to the tune of Shs 4m and Shs 3m and it was reflected in the national budget 2022/23. The ministry of Finance released all the funds to effect the enhancement. Just relax and wait for the July pay," said Elong, who is also a member of the science teachers' salaried negotiations team.

What a hard joke! Something which never took place during the years of "Anyanya administration"! Simply say that the country is broke since you have looted every cent, and you have ordered for more money that is getting printed in Bordeau, France as you did last time.

You guys are very busy squandering and looting not in Uganda shillings but in dollars, pound sterling and Euros while not caring of those breaking their backs while doing the donkey's job.

What wrong have Ugandans done to merit all this slavery in the hands of these ill-brought up group of lunatics who think they own the country?

You should not acuse Ugandans tomorrow when they will make you suffer the consequences of what you are making them endure .
Report to administrator
+1 #2 Apuuli Muhumuza 2022-07-27 19:12
i have always been amazed by African leaders who are aging!

They quickly catch power madness and think the two other Arms of government are useless.
Report to administrator
+1 #3 kabayekka 2022-07-27 20:56
So then where is the increase in taxation for these civil servants who have turned all the public services they provide in this country into profitable entities for themselves.

Some of these national workers go as far as making wages in billions of shillings without paying any tax on such incomes.

The Inspector of Government pronounced such a financial problem and promised the public to stop it but was warned vehemently against such a move by the office of the President of Uganda.

It is unfair indeed to the suffering public that even the Uganda union officials are very quiet about what their members make on the sides from their official professional jobs.
Report to administrator
+2 #4 kabayekka 2022-07-27 21:08
These ministries responsible for part payment to the corrupt civil service and the URA should be involved more in trying to stop this sort of NRM mafia like system of running the civil service network in this country.

It is an economic joke to leave all this responsibility to the Inspector of Government alone!
Report to administrator
+1 #5 Henry Baisi 2022-07-28 10:11
@Goobi, please go back to do what you know - teaching theory. You do not have a clue how to run an economy.

@Matiya K, the money is enough as long as no one steals. Stop the theft.
Report to administrator