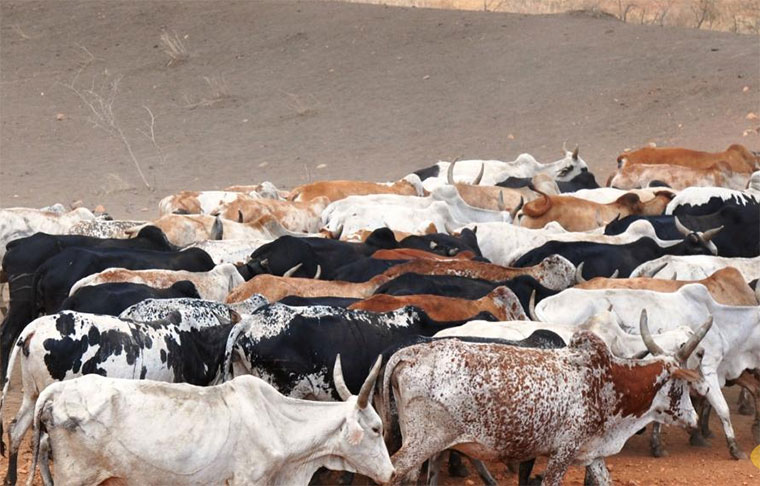 Suspected Pian Karimojong cattle rustlers from Nabilatuk district, south of Karamoja region last week daringly attacked a heavily protected kraal under the joint security forces of police and army and took off with over 40 head of cattle.

The attack that took place at 11 pm on Thursday in Lokitelarengan village, Lotome sub county in Napak district left a section of residents questioning the purpose of having security personnel in the region. The forces were deployed to protect people with their properties. Pascal Lote, a resident of Lokitelarenga village, said the rustlers outsmarted the security forces and victoriously drove out the animals from the kraal.

"It's really challenging my thinking; for this looks like it was organized raid between rustlers and security personnel because this kraal has a total number of ten soldiers and Astu police and on top of that, it is just near the army detach but these rustlers drove animals away as if security was not noticing," he said.

Sarah Nakiru, a mother, said three of her cows that have been helping her with milk have all been raided.

"I don't know where to start life from because these three cows have been my livelihood and saviour from this hunger because I was getting milk from them just for survival," she said.

Micheal Longole the Karamoja regional police spokesperson said the security could not follow the raiders at night since they did not know the number of the raiders.

"You know these rustlers are clever, they move in four groups, one group carries bows and arrows, another group moves with sticks, the third group uses mobile phones for coordinating while the fourth group moves with guns," he said.

Longole explains that the group that moves with sticks, their work is to drive out the animals while those with bow and arrows escort those driving out the animals. He added that the group which is armed, usually lays ambushes against forces, tracking them while those coordinating use mobile phones to give updates to the warriors about the movements of the security forces.

This not the first time suspected cattle rustlers have successfully attacked heavily protected kraals in Karamoja. Last week, suspected Jie Jie rustlers from Kotido attacked an army-protected kraal in Lotisan sub-county in Moroto district and took off with about 50 head of cattle.

The incidents of cattle rustling have persisted in Karamoja despite the presence of heavily armed police and army carrying out disarmament exercises in the region.

You think lowly paid soldiers will risk their lives if they can avoid it? The foot soldiers who do the real hard stuff are saying let the officers who now earn in millions minus hard work come out and contain the cattle rustlers.

These are only cattle rustlers giving the famed IPDF a bloody nose, what if al shababa cross over, who will take them head on?

The truth is the soldiers in Karamoja are enjoying their R&R (Rest & Relax) and if you think they are there to protect the K’jong and their cattle, something is not right in your head.
Report to administrator