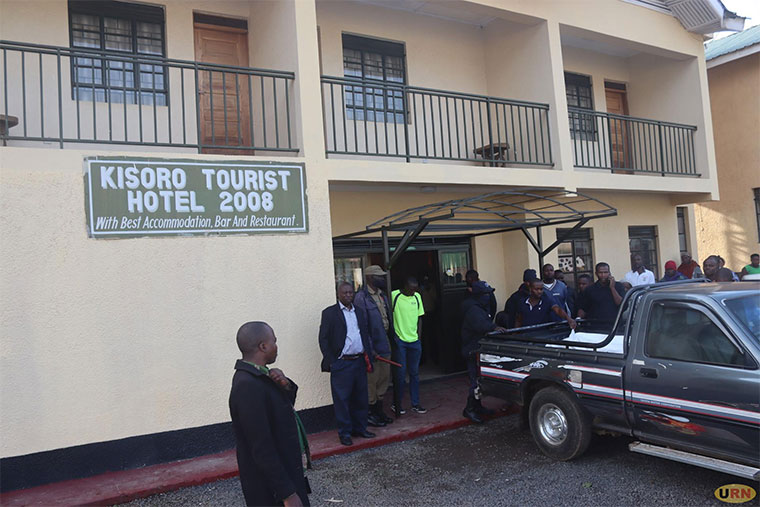 Police detectives at the hotel

The manager of Kisoro Tourist hotel, John Musenga, has been found dead. Musenga’s body was discovered in one of the toilets of the hotel today Wednesday.

The hotel belongs to king Caesar Mulenga of Mulenga kingdom who is also a Vietnam consular in Uganda. Musenga was a resident of Rushambya village, in Kirigime ward, Southern Division.

According to the deceased’s daughter, Josephine Muhoza, they waited for him in vain to open his room and go to Kisoro town to buy food to cook for customers at the hotel.

Muhoza, says that they started searching for him, after realizing that he was not in his room, but were shocked to find him dead in a pool of blood in the toilet.  Muhoza, says that her father has not been sick.

Police detectives from Kisoro police station arrived at the scene with a police sniffer dog to carry out investigations.  The body was later taken to Kisoro hospital mortuary for postmortem. A police detective who preferred anonymity said that Musenga’s body did not have injuries.

But the pool of blood and no injury part of the story; suppose the guy died of some hemorrhage virus like Ebola or Marbug, what is the fate of those who casually handled his body without a Medic caution and/or examination?
Report to administrator