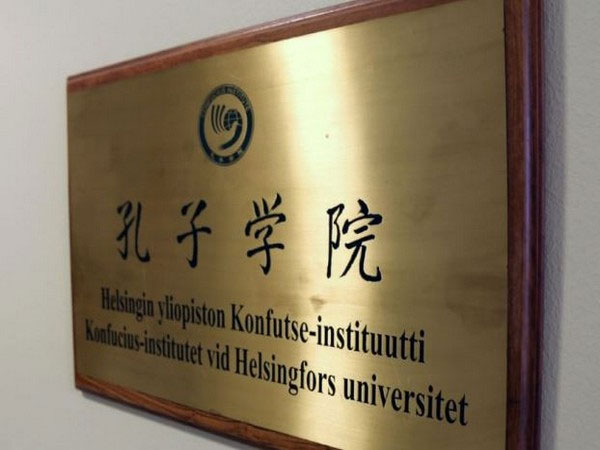 A host of western countries led by the United States are waking up to the danger posed by Confucius institutes, considered to be vehicles of China’s communist propaganda in foreign lands, and closing them down.

Confucius Institutes are set up partnerships between colleges and universities in China and those in other countries. China provides the start-up funds, salaries, teaching material and sometimes even the cost of buildings for these institutes. The Confucius Institute (CI) programme, which began in 2004, is being run with money from the quasi-governmental Office of Chinese Language Council International.

“Confucius Institutes function as an arm of the Chinese state and are allowed to ignore academic freedom. Their academic activities are under the supervision of Hanban, a Chinese state agency which is chaired by a member of the Politburo and the vice-premier of the People’s Republic of China,” said a report published in 2014 by the American Association of University Professors (AAUP) on ‘Academic Freedom and Tenure’.

As per the report, most agreements establishing Confucius Institutes feature “nondisclosure clauses and unacceptable concessions to the political aims and practices” of the government of China.

“Specifically, North American universities permit Confucius Institutes to advance a (Chinese) state agenda in the recruitment and control of academic staff, in the choice of curriculum, and in the restriction of debate,” the report added.

The report goes on to state that Confucius Institutes appear designed to emulate entities like the British Council, and the Goethe Institut, but differ significantly from them. British and German institutes may be connected to imperial pasts, ongoing geopolitical agendas, and the objectives of “soft power,” but none of them is located on a university or college campus.

“Instead, their connections to national political agendas and interests require that they be established in sites where they can fulfill their mandates openly without threatening the independence and integrity of academic institutions in host countries.”

A 2017 report by the US-based National Association of Scholars, states that Confucius Institutes are largely staffed and funded by an agency of the Chinese government’s Ministry of Education–the Office of Chinese Languages Council International, better known as the Hanban.

It says Confucius Institutes frequently attract scrutiny because of their close ties to the Chinese government. “A stream of stories indicates that intellectual freedom, merit-based hiring policies, and other foundational principles of American higher education have received short shrift in Confucius Institutes,” the report said and added that the Hanban has shrouded Confucius Institutes in secrecy.

Adding to this debate over the dubious working of the Confucius Institute, Central Intelligence Agency (CIA) chief William Burns, said last year that if he were a US college or university president, he would recommend shutting down Confucius Institutes.

He went on to say that Confucius Institutes promote a narrative of Xi Jinping’s China, which is designed to build sympathy for the Chinese President’s otherwise aggressive and confrontational leadership.

“I think what the Confucius Institutes do, and I’m no expert on them, is to promote a narrative of Xi Jinping’s China, which is designed to build sympathy for what is, in my view, a quite aggressive leadership, which is engaged in conduct and conducted an adversarial approach to relations with the United States,” Burns said in February 2021.