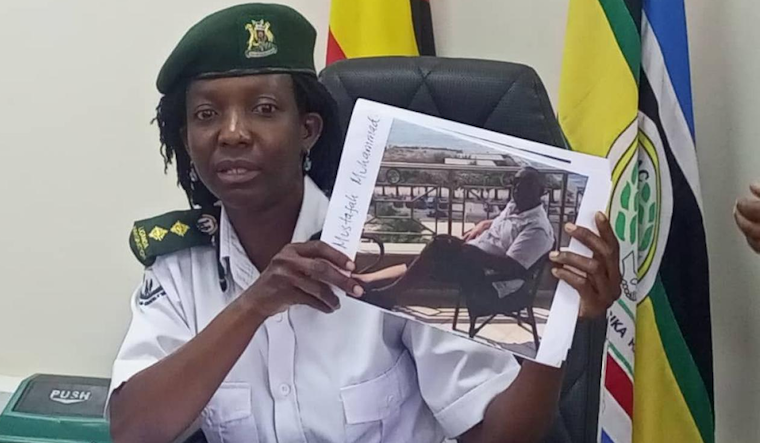 Security agencies have successfully traced and found a Ugandan woman from Kawempe who was allegedly sold off for marriage in Iraq.

Officials from the Internal Affairs ministry started tracing the woman only identified by her pseudo name 'Shifah' at the beginning of July after her husband filed a case at Kawempe police station.

Agnes Igoye, the deputy national coordinator of the trafficking in-persons department at the ministry of Internal Affairs, says that the search for Shifah is finally over since she has successfully been tracked down.

“We want to thank the team at the State House, our security people because in areas where we don’t have embassies, we have to use various stakeholders to support including foreign affairs,” Igoye said.

Information gathered by the directorate of citizenship and immigration control (DCIC) indicates that Shifah left Uganda on October 17, 2021, together with eight other girls aboard EgyptAir. According to Igoye, Shifah was trafficked by James Ssempijja and a one Lilian who hoodwinked her with promises of a job in Saudi Arabia where she would earn $900 (Shs 3.5 million).

But while at the airport, Ssempijja informed Shifah and the other girls that they were heading to Iraq and not Saudi Arabia as earlier planned. Nevertheless, the ladies accepted to proceed with the journey with all indications that they were being trafficked.

Shifah’s trafficking was orchestrated by a friend of her uncle only identified as Boaz. It all started during the second lockdown in June last year when Boaz approached the victim indicating that he had a friend who had an Asian man in need of an Arabic-speaking housemaid.

Shifah, who was conversant with Arabic,  saw an opportunity to make some money. Boaz connected her to Ssempijja who reaffirmed that there was a well-paying job for a housemaid in Saudi Arabia. Ssempijja masqueraded as a labour officer from Wakiso district and would often meet her outside the district offices, which gave Shifah confidence that she was dealing with a genuine person.

When she reached Iraq, she was paid just $250 (Shs 920,000) instead of $900 (Shs 3.5m). Igoye explains that when Shifah complained about the payment, her employer Abu Mustafa Muhammad travelled to Uganda and met Ssempijja and Lilian.

It was at this point that Mustafa reportedly informed Ssempijja that he had fallen in love with Shifah and wanted to pay money to own her. It is not yet clear how much Mustafa paid Ssempijja and Lilian. However, when he returned to Iraq, he informed Shifah that he had paid her off for marriage.

“When she refused Mustafa’s marriage advances, he became violent and started beating her. She called her husband who filed a case at Kawempe police station - drawing public attention. Mustafa had brought another man to marry this woman because she had rejected him,” Igoye said.

Igoye says traffickers often tell their victims not even to share with anyone that they are going out of the country and coach them to tell lies to immigration officials. The Uganda Association for External Recruitment Agencies (UAERA) through its spokesperson, Ronnie Mukundane, says there are several crooks operating quark external recruitment organizations.

Mukundane explains that the indicators of human traffickers are having no permanent offices and in most cases, they give their clients visit visas.

“Once we get such companies, we alert our line ministry (Gender and Social Development). If you are being taken to work abroad on a visa ticket, just know you are being trafficked,” Mukundane said.

+5 #1 Jama 2022-08-04 15:20
Such incidents are normal, in a state of garbage
Quote | Report to administrator
+3 #2 kasede 2022-08-04 16:33
It is common knowledge African Boys (including Ugandans) are being OPENLY trafficked to fight for Russia in Ukraine. What do you say about that?
Quote | Report to administrator
+3 #3 Wante Martino 2022-08-05 07:22
All this nonsense is brought by Ministry of Gender because, everyday, there is Company advertising in papers as registered to External employees, so far, those FAKE Companies that have bee identified as fake are allowed to continue working, the Conned people have to be brought back after near death, but nothing is done by the Ministry, some people have died, arrest Staff of Ministry of Gender who "Endorse" these FAKE Companies!
Quote | Report to administrator
+3 #4 Charles Oruk 2022-08-05 11:05
Quoting Wante Martino:

......some people have died, arrest Staff of Ministry of Gender who "Endorse" these FAKE Companies!

The arrest you are calling for cannot happen under the current regime.

To end this madness. Ugandans need to remove this regime of terror through force. This way, all those crooks will flee the country including those face companies from abroad.

After that, those owning such companies will be traced and brought took. At the moment those in same ministry are also part of the gang.
Quote | Report to administrator
+3 #5 Odongkara Bidong 2022-08-05 11:17
This is the fate of Tibuhaburwa’s bazukulu in his brand of Uganda no surprise at all!

Actually my opinion is that these so-called External Employers are the modern day slave traders with their offices being the vending points.

Have you ever asked yourself why most of these companies are owned by or closely connected with State House or are in the country’s security system?
Quote | Report to administrator
+3 #6 Zaitun 2022-08-05 19:00
I have always said and continue doing so that, this Museveni administration is nothing but a band of slave traders.

They have successfully emerged as modern slave traders in the region replacing the likes of Yao, Arab... slave traders.

As long as people they sell in slavery do not belong to their clans or tribes, they feel excited because that will help in reducing Ugandan population while making them have a strong hold on the country.

Yes, we have Demons, all too happy to be our leaders,
The difference here is that while the 17th and the 18th century slave traders would us force to force people to walk long distances to their death destinations, our modern slave traders now use abject poverty and other economic difficulties killing Ugandans as a means to force them to slavery: but with clear knowledge of our so-called political leaders.
Quote | Report to administrator
+1 #7 Ochola 2022-08-06 13:38
Malawi just banned export of 2000 Malawians as housekeepers to US and Saudi Arabia. For goodness sake why can’t Uganda abolish this evil slave trade and let our people suffer at home.
Quote | Report to administrator
Refresh comments list
RSS feed for comments to this post
Add comment