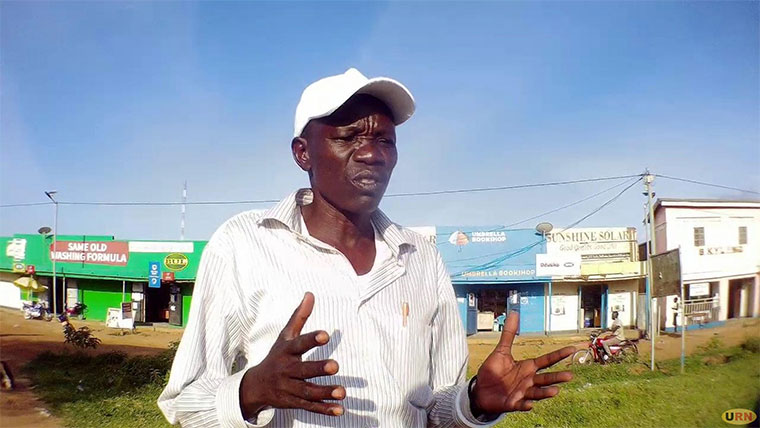 Locals in hunger-hit Karamoja sub-region have urged the government to consider sending relief cash instead of food relief.

John Bosco Akore, the secretary Kotido elders council says the most effective way to distribute relief is to give households cash so that they can plan and spend on what fits them as far as food is concerned. Akore said the system would help to secure the money from being swindled by the top government officials whom he accuses of being corrupt.

The concerns follow the government's decision to release Shs 135 billion to purchase relief food for Karamoja for the next three months. The locals want the money sent to their individual mobile money accounts instead.

‘’We cannot trust the posho and beans the government is supplying to us, our people are developing stomach problems after eating food, so it appears like the food is not fit for consumption,’’ Akore said.

Akore noted that the cash transfers would help to cut transportation costs and enable the beneficiaries to buy food of their choice. Janet Nayep, a resident of Kacheri sub county supported the idea of cash transfer saying this would help them to buy their own local food they are used to with a changed diet.

Nayep said so far they received posho and beans from the government but unfortunately, the beans take a longer time to get ready, something that irritates them.

"The posho is good but with beans it takes more than four hours' boiling, it consumes a lot of firewood, how can such food save someone who is on the verge of dying due to hunger?’’ Nayep complained.

Mariam Nakong, another resident, revealed that some local leaders are using food relief as their campaigning tools, and using cash could help to avoid such confusion. According to Nakong, political leaders are moving around with the government food relief claiming that it’s their support for the people of Karamoja.

However, Paul Komol Lotee, the LCV Kotido district chairperson opposed the cash relief saying it will never work at a time when people are seriously in dire need of food. Komol said registering beneficiaries and forwarding the list to government would consume a lot of time and yet people are already dying.

Komol said they will continue distributing food to the vulnerable families while those interested in cash relief can wait for the government's next plan if it is considered. In the month of July, the government dispatched 790 metric tons of relief food to the Karamoja sub-region, but some sub-counties like Kotido and Moroto have not yet received the food items.

+1 #1 solimo martin 2022-08-05 20:24
i do not agree the idea of cash transfer .this people have different behaviours ,they will use all the money on alchol and children die at home
Quote | Report to administrator
0 #2 kabayekka 2022-08-05 21:44
This is a Karamojong official who is misguided badly that corruption might just end like that.

The best that can be done right now is to improve on the hospitals so that those who are sick from starvation can be looked after by the medical personnel.

It certainly needs great care to inject food if a human body has been starved of food for a very long time. The government should have seen it earlier that this province was going to starve badly when it was directing its expensive military to fight these African tribes people against stealing cattle!
Quote | Report to administrator
+1 #3 rubangakene 2022-08-06 16:44
Sorry guys, no cash; this food has actually been donated by the UN although the amount was quoted in dollars.

The government is just the distributor in this case. NUP was the one that started donating you some food even if the government tried to block them, imagine!
Quote | Report to administrator
Refresh comments list
RSS feed for comments to this post
Add comment