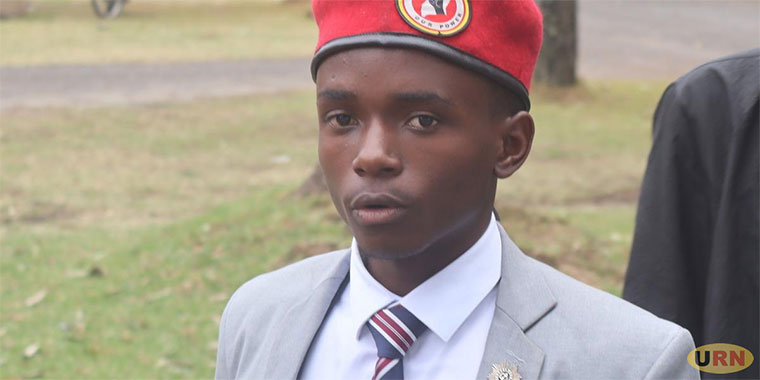 The National Unity Platform (NUP) party has withdrawn its candidate in the Bukimbiri county by-election in favour of James Owebeyi, a candidate belonging to the Forum for Democratic Change (FDC).

The withdrawn candidate is 19-year-old Joshua Mutabazi who had been nominated on Tuesday to contest alongside Owebeyi, Eddie Kwizera Wagahungu of the ruling National Resistance Movement (NRM) and independent candidate, Edward Mutabazi.

Without prior announcement, Mutabazi did not just participate in campaigns that started on Thursday and a day later, the party issued a statement announcing that it has withdrawn its support for the candidate.

According to the statement, the move is aimed at showing cooperation in jointly fighting to get rid of the military dictatorship of Uganda. The statement also indicates that an FDC candidate was also recently withdrawn from the Gogonyo county by-election, Pallisa district in favour of a NUP candidate Joseph Okoboi Opolot.

“As you all know, the NUP backed the FDC candidate Hon. Attan Moses in the concluded Soroti by-election. Likewise, FDC has recently withdrawn its candidate in the Gogonyo Constituency by-election in Pallisa District and opted to support the NUP candidate Hon. Okoboi Joseph. However, following our renewed effort to work alongside all forces of change, we have taken a decision to withdraw our candidate from this election. Instead, we shall be supporting and backing the FDC candidate. These steps give greater cooperation in our effort to rid our nation of military dictatorship.  We appreciate comrade Mutabazi Joshua for his maturity and appreciation of the urgent need for the forces of change to work together at this critical time," the statement reads.

Joel Ssenyonyi, the NUP party spokesperson confirmed the decision to withdraw from the race but did not divulge as much detail. Voting in Bukimbiri is scheduled to take place on August 11, 2022. The by-election stems from the Court of Appeal's decision to nullify the victory of Kwizera citing irregularities following a successful application by Owebeyi.

In his application, Owebeyi argued that although the candidate's photos and party symbols that appeared on ballot papers were genuine, they carried different names. The ballot papers carried the names of Arthur Kazoora Atuzarirwe as the NRM flag bearer, Didas Byaruhanga Kagyinda as the FDC flag bearer, and Victor Atwiine and Donzio Kahonda Mugabe as independent candidates yet none of them were from the area.

0 #1 kabayekka 2022-08-08 14:55
Interesting African democratic elections indeed. The courts find these participants guilty of gerrymandering and soon afterwards these political parties amicably sit down and start to plan a new strategy to play and dodge what exactly the mandate of the people of Bukimbiri want or do not want in their politics.

That is why many voters in this country have given up their rights to vote under such miserable national election guidance. Political parties own the elections and all the decisions made of.

Elections in Uganda are free and fair if the political parties say so. For example why does the Electoral Commissioner call on all the elected Democratic Members of Parliament of the political party of the DP to go back and stand for new constituency elections?

Their party crossed over to the party of NRM. Such a political move is not what the people in their various constituencies voted them for in a modern universal democracy where the vote is free and fair.
Report to administrator
0 #2 kabayekka 2022-08-08 21:11
A member of Parliament looses his parliamentary sit if he or she crosses to the other side of Parliament.

For the DP, all the members of Parliament of this long serving political party of Uganda Democracy, should stop dithering and do a favor to the Uganda mandate and resign their political sits.

Surely the government officials should not be the one to force them to do it. They are very honorable VIP members who do not need any reminder whatsoever concerning proper democratic principles! They can finish their various personal augments outside of Parliament and the public. Thank you very much indeed.
Report to administrator