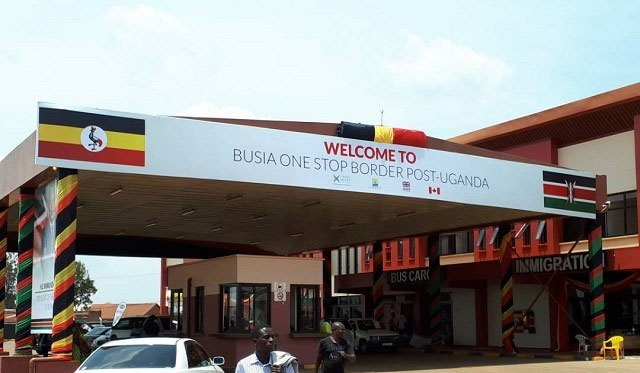 The directorate of citizenship and immigration control (DCIC) has said that the number of Ugandans and Kenyans entering Uganda is three times higher than usual in the last three days, especially at the Busia and Lwakhakha borders.

Simon Peter Mundeyi, the spokesperson for the ministry of Internal Affairs, said DCIC is yet to establish whether Ugandans and Kenyans are fleeing due to the anticipated chaos as Kenya heads to tomorrow’s presidential polls or for some other reason.

Based on what transpired in 2007 when a presidential election contest between Mwai Kibaki and Raila Odinga turned violent and chaotic, resulting in the death of over 1,000 people, there is fear that the same skirmishes could occur as Raila faces off with William Ruto.

Mundeyi explains that the past three days of Friday, Saturday and Sunday have seen people entering Uganda in multitudes but those who are exiting the country at the same points are very few.

Following the 2007 election clashes in Kenya, the Uganda government hosted over 12,000 Kenyan refugees. These entered through areas of Tororo, Manafwa and Busia while others entered through Bukwo district.

Over 6,500 Kenyans fleeing post-election violence entered via Tororo while 5,500 entered via Bukwo. This forced Ugandan authorities and United Nations High Commission for Refugees (UNHCR) to set up an emergency team to cater for the refugees.

Police spokesperson Fred Enanga, said security agencies have set up a joint team to guard the border lines of Uganda-Kenya, particularly to secure citizens living in such areas in case the elections turn chaotic.

“As the joint security agencies we continue to maintain a very peaceful and calm environment within the country," Enanga said. "But as you are aware, this week our counterparts in Kenya will vote for the fifth president in a contest that is very tight. Although we don’t anticipate civil unrest, we continue to pay close attention to the electoral climate. We have a contingency team in place in case of such scenarios.”

Uganda security agencies have said so far their counterparts in Kenya have handled the situation very well and hope the same environment will blossom during and after the electoral process. The post-presidential election violence in Kenya sent fuel prices soaring in Uganda as trucks could not enter via the designated border points.

0 #1 kabayekka 2022-08-08 21:49
Indeed these are East African community countries with millions of its people that need to learn to live with democracy, and human rights for the African people.

Elections should be done free and fair. Politicians should not mess up with the democratic choices of the people of Kenya and endeavor to change the constitutional presidential term limits and presidential age limits of this country like it is often done in Uganda!
Report to administrator