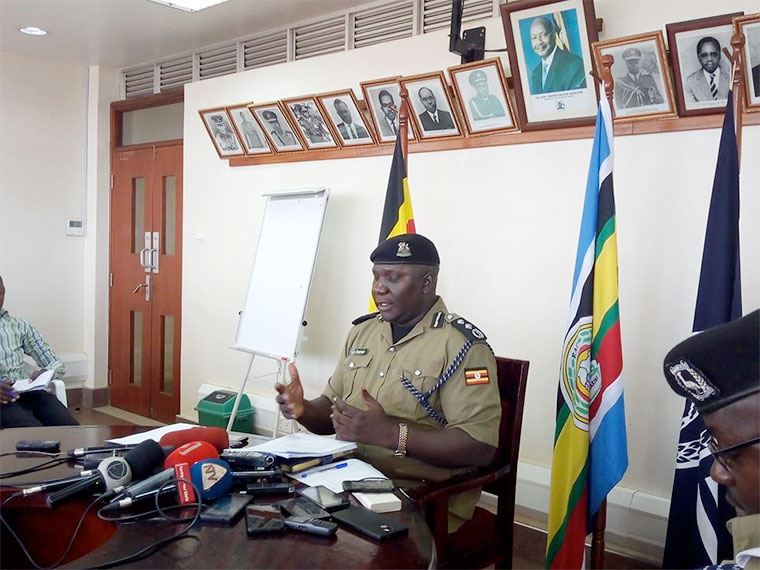 Police spokesperson Fred Enanga is renowned for the distinguished quality of being a gentle and calm figure under the most pressurizing of moments. He is greatly admired for keeping cool even when delivering information of a grisly or horrifying nature.

In the course of his work, he often ends up sucking up the excesses of errant police officers in a way that diffuses tensions with the public.

This rare knack has, however, often attracted polarizing critiques of his role in the hot seat of the police force. In the wake of last week’s promotions in police that had 773 officers elevated, the most conspicuous name was that of

“This is fascinating and a great opportunity to demonstrate what I have learned,” he said on Twitter.

“I want to thank you all for the best wishes towards my recent promotion to the rank of Senior Commissioner of Police. I am grateful to know that you share in my happiness and success. Kindly accept my deep gratitude and appreciation.”

Enanga further praised the people who have been patient with him in his pressurizing position.

“Others were tolerant and were able to guide me. I must admit the constant encouragement and support by members here, has been very contributory to my growth,” he said.

“I am grateful to you all for being such an uplifting group of friends. Although, I cannot repay you all, I will try my best to prove myself to each one of you, with my work and friendship. Thank you all for your constant support and friendship. Asante Sana.”

It remains unclear where Enanga will go from here but having already cemented his position as undisputed defender of the force, it is hard to imagine him out of the limelight.