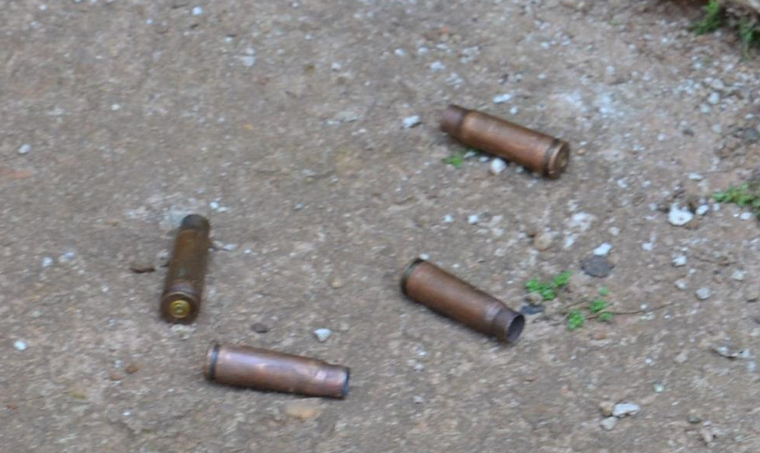 Three people were killed during an attack on police and army officers who were on foot patrol in Kapeeka town, Nakaseke district on Saturday night.

At around 2240hrs, the armed assailants shot dead a Uganda People's Defense Forces (UPDF) soldier, RA /260979 Pte Obed Tufeyo. The joint security team was foot patrolling a music show at Kapeeka playground according to UPDF spokesperson Brig Gen Felix Kulayigye. He says other soldiers instantly fired back, killing the two assailants, and recovered the gun they'd used in the attack. Kulayigye adds that no weapon was lost by UPDF in the exchange.

"The UPDF and sister security forces have launched a full-scale onslaught on criminals interested in picking rifles to make unpalatable the appetite for gun acquisition. The criminals' attempts on our forces shall be met with full force," Kulayigye said in a statement.

The unidentified dead bodies of the assailants have been transferred to Nakaseke hospital whereas the slain UPDF soldier was taken to Bombo Military hospital. Moses Ssenfuma the LC III chairperson of Kapeeka sub-county says the situation remains eerily calm following the attack.

This is the third armed attack against security establishments in the Greater Luwero districts this year. Last month, a group of armed assailants attacked Busiika police station in Luwero district and shot dead two police officers on the spot - with the third police officer dying days later in hospital while another was critically injured.

Earlier in July this year, assailants attacked policemen at a checkpoint at Kiwumpa village along the Kampala-Gulu highway and stabbed to death one officer and critically injured another and also robbed their two guns in the process.

The motive of the armed attacks on security has been linked to alleged rebel activities against the ruling National Resistance Movement government although some political commentators are accusing the government itself of attacking its own so as to justify a further impending hardened crackdown on the opposition.

Another soldier succumbs to gun wounds

Meanwhile, another soldier, Pte Osubon Kowe from Mbuya military barracks has succumbed to the injuries he sustained during the joint security operation that led to the arrest of Pte Rodgers Alibuza on Saturday. Kowe was part of the joint security forces that engaged in a gunfire exchange with Alibuza in Nkaatu ward in the Northern division of Iganga municipality.

The joint security forces cordoned off Nkaatu ward after receiving information that Alibuza was behind the attack on Gaddafi barracks where he killed Sgt Peter Eyagu and made off with two guns. During the operation, an unspecified number of soldiers including Kowe sustained injuries in the shootout. Security allegedly recovered two guns and 88 rounds of live ammunition alongside other exhibits from Alibuza's residence.

A health worker from Iganga general hospital told URN on condition of anonymity that a team of UPDF medical personnel beefed up their resident surgical team. However, Kowe who was hit in a sensitive area couldn't make it. He noted that three other injured soldiers are out of danger and positively responding to treatment.

A team of UPDF personnel picked up the deceased's body from the mortuary. Busoga East police spokesperson, Diana Nandawula confirmed the death of a UPDF soldier but declined to divulge details, saying they will issue a detailed report about the operation after concluding their inquiries.

+1 #1 jose 2022-11-28 09:53
Trully, there must be done properly,
People may be tempted to think that the security personnel being felled are just being eliminated for somebody's convenience.

Some people cannot move with a stick from one village to another, how then can someone carry a fire arm from iganga to jinja, to almost cross the only bridge, and kill , and steal two guns, and go back to iganga without being caught, with our professionalized soldiers!!!

Before we blame gun grabbers we task our CMI to do more, and stop trailing NUP bare handed boys go for the true enimiespliz
Report to administrator
+1 #2 Lakwena 2022-11-28 10:28
What goes around comes around. It is a pity to the unfortunate UPDF soldier/s and loved ones.

But it is also a stack reminder to the Gen Kulayigye of this country and the UPDF what exactly, for 5 years in Luweero; the NRA (Subversion) did to the UNLA and the same vulnerable Uganda Police and now the UPDF.

In other words, wasn't it in November 2015, during the 2016 General Erection Campaign that Gen Tibuhaburwa bragged to the people of Mayuge, how he and driver murdered a UNLA soldier at a Roadblock in that District (Mayuge)?

Otherwise, what is the difference between Gen Tibuhaburwa and "the assailants who attacked policemen at a checkpoint at Kiwumpa village along the Kampala-Gulu highway and stabbed to death one officer and critically injured another and also robbed their two guns in the process?

Just asking!
Report to administrator
+1 #3 Lakwena 2022-11-28 10:33
36 years and counting of a government of criminals by criminals and for criminal, is taking us nowhere.

In other words, we need our country back from criminals, so that the honest and loving citizens of this country can make this country rise and shine again in the shortest time possible.
Report to administrator
0 #4 Webz 2022-11-28 14:03
Pushing citizens against the wall by the ruling party may result into a deadly backlash.
Report to administrator
+1 #5 kabayekka 2022-11-28 17:30
It is unfortunate that those who formulated the current 5th constitution of Uganda seem to have failed to pacify this country.

Citizens are picking up guns again to try and make another country and another constitution.

Unfortunately for many citizens of this country who wished the country modern democracy, and failed to get it, the young ones are voting with their feet by immigrating themselves to other much safer countries of the world!
Report to administrator
0 #6 Apollo 2022-11-28 18:30
Insurgency, in whatever form or shape, is a very unfortunate option. It informs of long neglected injustices that have remained unresolved or unaffected by institutional or governmental response or the lack of it.

It feeds off an incurable sense of hopelessness in existing legal and statutory set-up. Its fire may be stoked by loss of confidence in an obstinate leadership out of touch with the ideals that formed its social contract with the population.
Report to administrator
0 #7 kabayekka 2022-11-28 22:38
Well these are the lucky officials who have made it as a right to carry arms. And to use them as the African police use them to threaten and even kill the unarmed African civilians at any time.

They are even able to defend themselves if attacked!
Ironically the political NRM officials obtained such rights to arms by stealing these same killer arms from several previous governments. Unfortunately for many citizens of this country, such dodgy rights to arms was initiated by British colonialism with the excuse of protectionism. Against what? God knows what?
Report to administrator
0 #8 Wainanchi 2022-11-29 13:38
The Government cannot control everybody
Uganda has over 40.milliom of souls and here and there there are crimes like in.other counties.

We have soldiers and policemen committing suicides and the government cannot be blamed for that.

Also there are thugs who want to disrupt.the security and they attack soldiers and police
Uganda security is tacking all those cases meticulously and there was no case left unsolved

Whenever I see your comment I know that you are going to write bullshit.
I indeed hope that our security will catch you having new laws introduced
They will track and find you I am very confident.
You can run ,but you cannot hide pig and asshole.
Buzz off.
Report to administrator