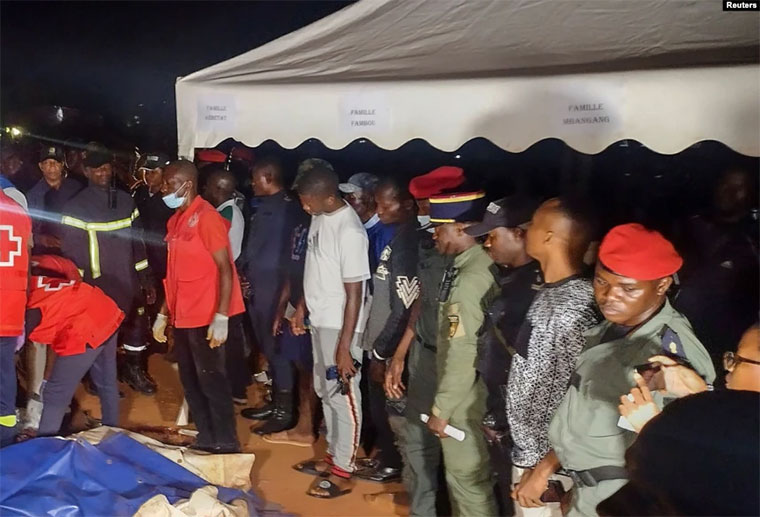 Rescuers prepare to carry a body after a deadly landslide which hit people attending a funeral, in Yaounde, Cameroon

A landslide in Cameroon's capital Yaounde Sunday killed at least 14 people who were attending a funeral, the region's governor said.

"We are carrying the corpses to the mortuary of the central hospital, while the search for other people, or corpses, is still ongoing," Naseri Paul Bea, governor of Cameroon's Center region, said.

Dozens of people were attending a funeral on a soccer pitch at the base of a 20-meter-high soil embankment, which collapsed on top of them, witnesses told Reuters.

Yaounde is one of the wettest cities in Africa and is made of dozens of steep, shack-lined hills. Heavy rains have triggered several devastating floods throughout the country this year, weakening infrastructure and displacing thousands.