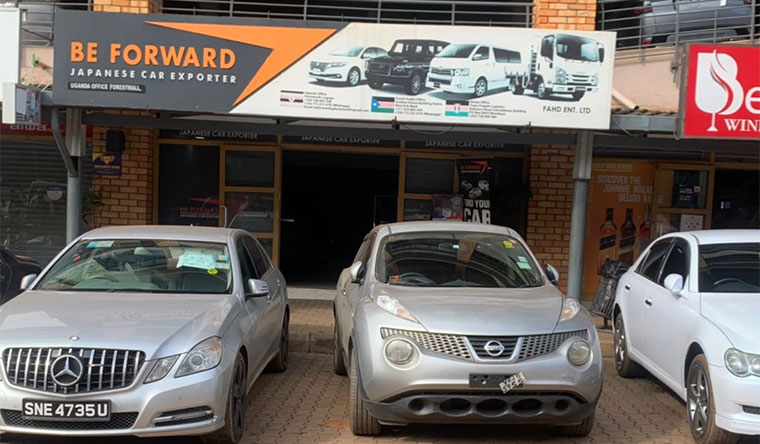 Ugandan car dealer agencies affiliated with Japan-based Be Forward car exporters, on behalf of their mother company have pledged to pay victims who have allegedly been defrauded by their sister company.

Since last week, there have been several reports, with allegations implicating one of Be Forward Japan’s affiliate companies Steel Logistics Nagoya to have defrauded its customers of over $500,000 (about Shs 1.8 billion) deposits for cars that were not imported.

The lead compliant, Steve Manyiire, told journalists that in August, he deposited up to $26,000 (about Shs 98 million) for the importation of three cars, but till now they have not been delivered. Mayiire’s case is one of the many such cases.

Marvin Ayebare, secretary to the association of used car importers in Uganda, and also the leader of Be Forward agents in the country, says that every complainant will receive their vehicles as they already paid for them. According to Ayebare, in the next two days, the company would have come up with a plan on how the complaints will be receiving what they paid for, and a final decision about Steel Logistics Nagoya.

“We are all still here and serving customers as always, it is only steel logistics with challenges which are even being worked out, but even those with complaints against Nagoya can visit one of the other agency offices, for more clarity,” said Kateregga.

Information from the Uganda Revenue Authority (URA) shows that all the seven Be Forward agents, are registered bonded warehouses that have a clean tax track record. Ibrahim Bbosa the URA assistant commissioner for corporate and public affairs, says that the defrauding happens at the point of purchase, where the authority has no contact in the transaction whatsoever. He adds that the authority has also picked interest in what is going on.

According to Bbosa, URA has no contact with Be Forward Japan the mother company of these agencies. He however says that it is in the category of the multinationals the authority seeks to tax because of the business they transact in Uganda.

"We have not had any issues with these bonds, but the challenge is people are defrauded at the point where the transaction has not entered the customs process of the authority, and Be Forward is like one of those online intermediaries where Ugandans source goods,” Bbosa said.

URN has learnt that each of the agencies signed a memorandum of understanding with Be Forward Japan before they started business. One of the requirements was a substantial amount of cash as commitment and security, meant for use in case of such occurrences.

I never pay any Uganda money but I transfer direct to Be Forward accounts in SUMITOMO Bank Japan! The challenge is paying Ugandans for online vehicles....pay straight to Japan and avoid all this stress. Be Forward Japan is a reputable business.
Report to administrator
0 #3 kabayekka 2022-12-02 16:35
Ensi eno you have a point. Especially where corruption in Uganda is standard. That is why it is difficult to be serious with the modern outlook on the environment of this planet.

Where will it all end when Africa continues to be the dumping ground for secondhand fossil fuel cars that are written off in Japan and Asia?
Report to administrator