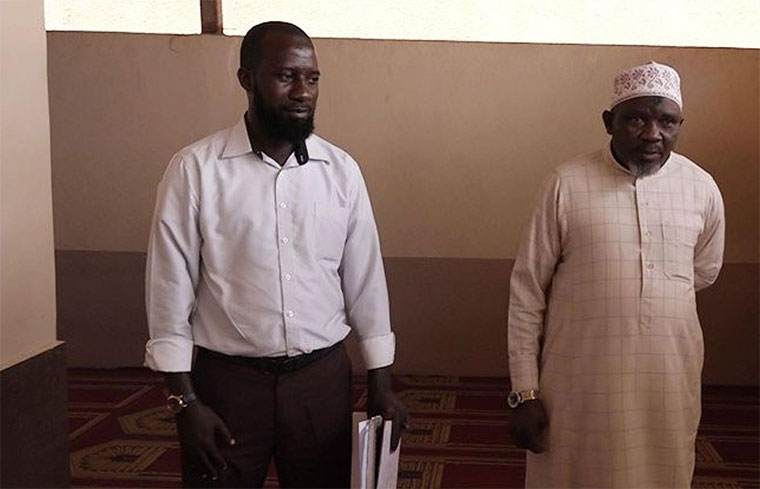 The army is holding Sheikh Yahaya Mwanje in its cells, Defense and Army spokesman, Brig Gen Felix Kulayigye has said.

Mwanje was dramatically arrested on Monday at the mosque of Salafiya Tablique Muslim Community in Nakasero by five men who led him into a Toyota Hiace vehicle infamously known as drone, with a private registration numberplate, UBM 187E.

Mwanje’s whereabouts had remained a mystery since no security agency had claimed responsibility for his arrest and people were describing the act as abduction. Kulayigye now says the former Amir Ummah of Salafiya Tablique Muslim Community at Nakasero was arrested by the Chieftaincy of Military Intelligence (CMI) over security matters.

“He is suspected of engaging in security matters, we shall know,” Kulayigye said briefly.

Even in December 2016, Mwanje was arrested alongside Sheikh Buyondo and the duo spent nearly four years in jail until they were released on court bail on September 16, 2020. At the time of arrest in 2016, Mwanje had spent a year serving as Amir Ummah after replacing Sheikh Yunus Kamoga who had been also arrested a year earlier on accusations of masterminding killings of more than 12 Muslim clerics who included Sheikh Adbul Muwaya, Sheikh Mustafa Bahiga and Sheikh Hassan Kirya.

He Masterminded the Massacre of Muslims in Sheema County Ankole District in 1979 after The Fall of Al Hajji Idi Amin!
He declared in Runyakitara that " Twatema Omuti
Mushanjuure!" Meaning We have Cut the Tree You remove the Branches!. Hundreds of Muslims were rounded Up Cut Up with Pangas and Thrown in River Rwizi!

Their Mass Graves are in Nyamitanga!Up to Today Muslims are being Stigmatized in Their Own Country without End!Millions have been Killed and More are Dying!Uganda,China Uigur Muslims! and Myanmar The Rohingya ! are The Most Muslim Hating Countries in The World! Why ?

Simply Because a Glutton Came Hungry with His Mother and got Sanctuary in Uganda!All his hatred of Ugandans Centers on Muslims! Mr.You are Not Allah Subhana wa Taala! You Can kill But You Will not Succeed!
Report to administrator