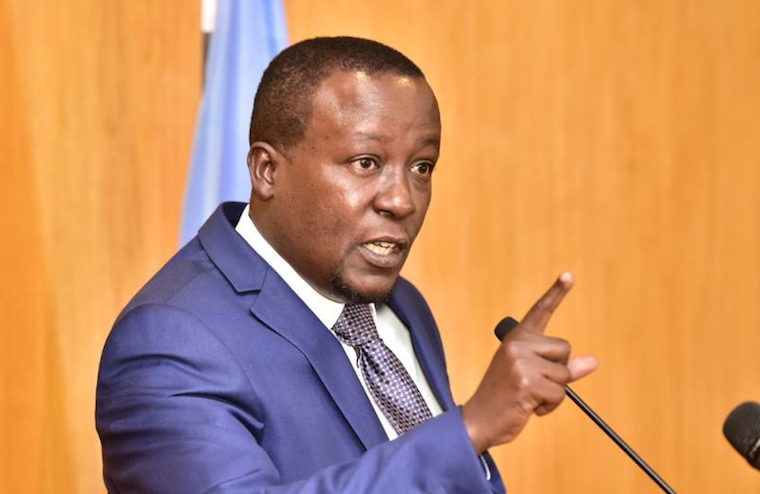 In a statement issued on Tuesday, deputy police spokesperson, Claire Nabakka, says that Kabuleta was arrested over failure to honour a previous summon inviting him to appear before the CID on November 3, 2022. Plain-clothed security personnel picked up Kabuleta from his party headquarters in Bugolobi in Kampala, on Monday afternoon shortly after addressing a press conference.

According to the police statement, Kabuleta was summoned to respond to allegations that he, and others still at large, made utterances that were likely to create disaffection and promote feelings of ill will or hostility among members of the public.

“They alleged that social service delivery in Mbarara is based on ethnic lines of the Tutsi, Bahima, Bakiga, and Banyakore. Kabuleta and others shall be charged with Promoting Sectarianism C/S 41(1) of the PCA CAP 120,” the statement reads in part.

Kabuleta’s lawyer, Ivan Bowe, who has since condemned the manner in which he was arrested, says that they have been denied access to his client.

“The law states how people are being arrested, where you take them, and equally states their rights. What security agencies did was illegal and now denying us, his family, and doctors access to him is a total violation of his rights,” Bowe said.

Bowe said his client received the summons at around 4:00 pm indicating that he was required to record a statement at 10:00 am on the same day.

“He received a summons to appear on the same day, on time that had passed. This was not an effective summon. But even then, my client should be respected not to think that he can be invited on the same day, and expect him to appear immediately as if he doesn’t have what to do.” Bowe noted.

He claims that he took responsibility, and visited the Kampala Metropolitan CID commandant, whom he requested for another summon in vain without giving any reason until Monday when his client was arrested.

... We may dislike Museveni for different reasons, but the truth is; he is doing something "right", that "something" has caused undeniable development of the country though not necessarily even for all regions. ...

But Joe B, what is "the truth" and "good" about the current abduction, torture, disappearances, indefinite imprisonment without trial and massacres innocent Ugandans, simply because they are fed up and already done with you thugs?

if I were you, I would cut and run!

It is no longer how long Tibuhaburwa will hang onto an illegitimate power. It is about Obote having lost power to "War criminals and Criminals against Humanity".

You are exposed! E.g., the Nadduli of this country on whose shoulders Gen Tibuhaburwa climbed to enter our State House through the window, now know that Obote or the so call "Northerners you have been demonizing were not the problem.
Report to administrator
0 #12 Lakwena 2022-12-02 08:25
Joe B, except criminals: if e.g., Gen Tinyejusa, Gen Tumkunde, Hon Amama Mbabazi, Dr. Kiiza Besigye, the Haji Nadduli and current family members of this country, etc. thought they knew/know, loved, and risked their lives, shed blood, lost careers, etc. to place Tibu where he is now, but now HATE the man; why should any reasonable Ugandan love Mr. M7?
Report to administrator
+1 #13 Lakwena 2022-12-02 08:57
And Joe B, what you think and see as "Development" is but monuments of DISHONESTY (CORRUPTION) with only propaganda values.

There is no such a thing as development without honesty, especially the love for the people and country.

Joe, if on 26th January 2017, with a straight face Gen Tibuhaburwa could shamelessly tell off Ugandans that he is NOT their servant nor employee; how can such a person possibly love the people, country and therefore cause development for their sake?

Joe, on that day, after 31 years, Gen Tibuhaburwa finally and loudly spoke his concealed criminal mind and motive of capturing (Bloody) power.

In other words Joe a human being without shame is an animal, a parasite or beast. Hence only the shameless, cold-bloody criminals (parasite) are capable of such brazenness.
Report to administrator
12