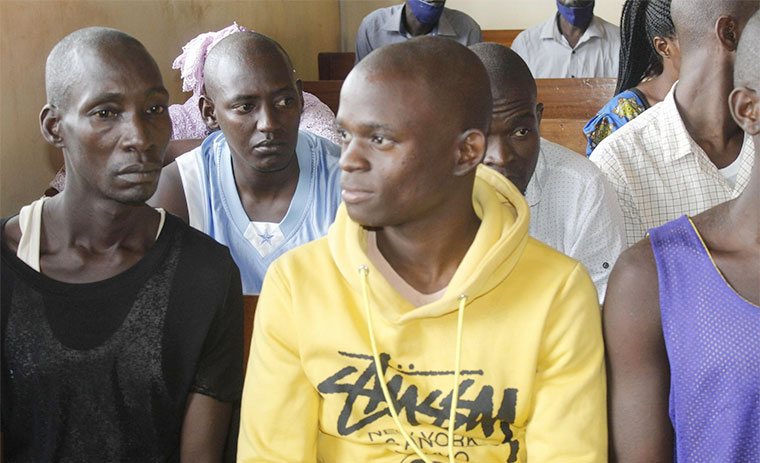 Aaron Wasswa, a student of community development at Kyambogo University was arrested last month for allegedly defiling the victim, a pupil at Ssekiboobo primary school.

It is alleged that while at his parent’s home located at Kimwanyi Cell, Mukono Central Division, the suspect lured the victim to enter his house where he defiled the girl for two days.

Today Wednesday, Wasswa was produced before the court for the hearing of the matter, however, the prosecution led by Josephine Nanyonjo asked court to further remand the suspect until they amend the charge sheet with respect to the age of the victim.

The prosecution told the court that they received a complaint from the parents of the victim accusing the police investigating officer, Deborah Namudaka, of altering the age of the victim from 13 to 14 years.

“There is a need to amend the charge sheet with respect to the age of the victim, this would have been done before but the mother of the victim was arrested and remanded by police for presenting contrary documents to them protesting the age recorded on the charge sheet. She has been released today and needs time to present evidence to this matter.” Nanyonjo noted.

Wasswa’s lawyer, Hussein Kato asked the court to grant his client bail since the prosecution has failed to put together evidence implicating him.

“We have no issues with whatever the prosecution has stated, but they asked the court for the same after we asked the court to grant our client bail. He has so far missed two examination papers which he needs to retake besides writing the remaining three papers.” Kato said.

Wasswa was later remanded to Kauga prison until December 7.

William Mugerwa, the victim’s father accuses police of allegedly taking away his daughter’s original birth certificate. He, however, has another document from the National Identification and Registration Authority-NIRA indicating that her daughter was born on February 28, 2009, hence aged 13 years.