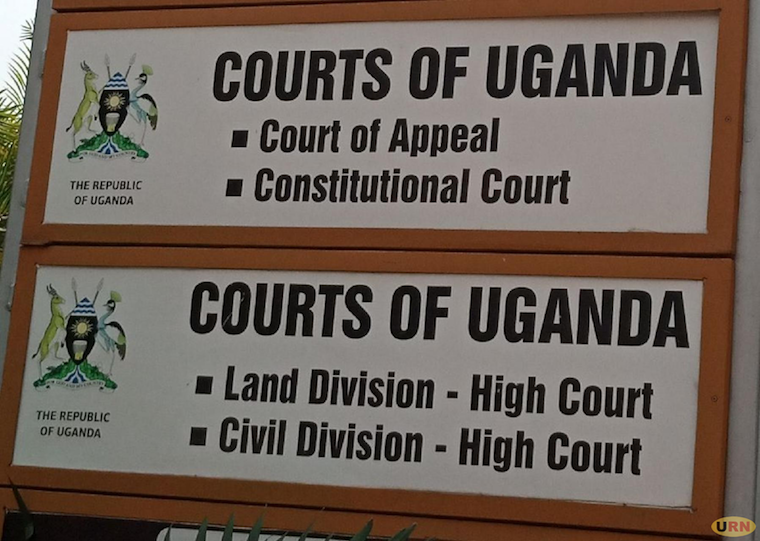 The Constitutional court has nullified section 168 (1) (c and d) of the Penal Code Act that creates an offence commonly known as being Idle and disorderly.

In a lead judgment written by justice Fredrick Egonda Ntende, the five-judge panel held unanimously that the law was null and void because it infringes on a number of constitutional provisions. Francis Tumwesige Ateenyi, who filed the petition argued that Section 168(1, c and d) of the Penal Code Act were unconstitutional because they contravene articles; 20 (1) and (2) 21 (2), 23 (1, c) 28 (3,a) and 12 and 29 2(2) of the Constitution.

Section 168 (1,c) of the Penal Code Act provides that any suspected person or reputed thief who has no visible means of subsistence shall be deemed a rogue and vagabond and commits an offence punishable with imprisonment.

Tumwesige argued that this offence is not sufficiently defined contrary to article 28 (12) which requires every offence to be defined in law. He also argued that this offence is vague and permits the police to arbitrarily arrest and detain any person in the absence of reasonable suspicion and on the assumption of an illegal and disorderly purpose contravening article 21 (1) of the constitution that guarantees equality before the law and article 28(3) which presumes innocence for anyone charged with a criminal offence.

The petition also contended that the offence contravenes article 21 (2) for criminalizing being a reputed thief simply on the account of social status contravening the right to personal liberty guaranteed in article 23 (1) 23 (4b) of the constitution.

Tumwesigye was also not happy that section 168 (1, d) of the Penal Code Act provided that any person who cannot give a good account of himself or herself found wandering in or upon any place adjacent to or in any public place at such a time and under such circumstances as to lead to the conclusion that such person is there for an illegal or disorderly purpose commits an offence that is punishable by imprisonment.

In response, the Attorney General who was the respondent in the matter opposed the petition arguing that it did not raise any questions for constitutional interpretation. He also contended that none of the provisions contravenes any provisions of the constitution and that the power granted to the police to arrest someone upon a reasonable suspicion that, that person is likely to commit an offence is provided for under the constitution.

In his ruling which was joined by justices; Elizabeth Musoke, Christopher Madrama, Christopher Gashirabake and Monica Mugenyi, Egonda-Ntende said that the elements of section 168(1 c) that the accused is a suspected person or reputed thief makes it impossible to know what offence he or she would be suspected of.

“Neither is it clear in case of a reputed thief as to who would determine that he is a reputed thief at the time of arrest and being charged," Egonda-Ntende argued.  "More bewildering is the second element and that he or she has no visible means of substance. Visible to who? What are visible means of subsistence that ought to reflect in the person at the time of his arrest and charging? The last element is that he or she cannot give a good account of himself or herself. Account about what and to who? Is to the police officer or citizen arresting him? And what is a good account anyway? Is this not subjective depending on whoever hears the same?”

The judgment also said that the elements for the offence under section 168(1, d) of the Penal Code Act that asserts that a person is found wandering in or upon or near any premise or in any road or highway or any place adjacent thereto or in any public place, would lead to the conclusion that such a person is there for an illegal or disorderly purpose.

The judge ruled: “The first element would appear to refer to anyone who is outside his or her home. The conclusion in the second element would appear to only be a matter of conjecture for the person making the conclusion. The time and circumstances that lead to such a conclusion are not specified. What is a disorderly purpose? No guidance is available in the provision. And why should having such a purpose be criminalized without an element of harm or prejudice to any person?”

He further argued that it’s a constitutional imperative that a criminal offence is defined and should be clear to all what its elements are. He added that the said elements should not be ambiguous or vague or too broad as to defy specific definition. However, the complained-about provisions, the judge held, are ambiguous, vague, and too broad to amount to a precise definition of an offence.

“In light of the forgoing, I would issue the declaration that section 168 (1,c )and d are void for being unconstitutional.”

All the same, the judge refused to grant costs to the petitioner arguing that his petition was brought in public interest to ensure that the law in force is in conformity with the constitution.

The draconian law was meant to destroy the opposition of the regime. Just like they do in the communist China.
Report to administrator
0 #2 Ebmok 2022-12-04 21:08
Some interesting scenarios for 168 (1,d):
A strange guy or group of guys turn up right in front of your house in the morning and stage a standing meeting there while gazing into your home and moving back and forth along the fence.

They spend the entire day there and the following morning repeat. This means you cannot question them and have to wait until there's a crime committed. On top of this, you cannot capture e.g. phone picture because it's an offense that could send you 7 years into prison plus set you back like 10m/=.

Similarly, it's now generally illegal for those security pwrpersonnel who chase away people mbu they're not allowed to stand there, isn't it?
Report to administrator
0 #3 Lakwena 2022-12-06 08:31
In other words, when you want to completely destroy a county, you destroy the moral fabric (corrupt/break it). And as above (unrestrained prostitution and gambling), Hell's Gate has been flung wide open.

They will now rub it in ours and children's faces and there will be nowhere to run to.
Report to administrator