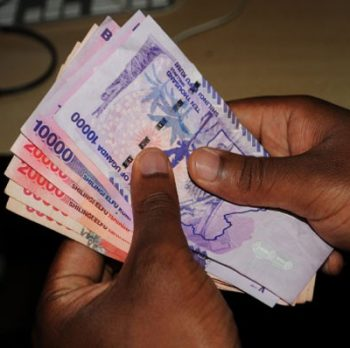 Nasser Kerim, a health worker from Zeu health centre III in Zombo district has been ordered to refund Shs 6.7 million that he allegedly lost to sports betting.

The money was disbursed to Kerim's account on November 19 to pay about 240 officials who participated in the door-to-door vaccination campaign in Aka sub-county. Kerim, however, didn't pay the officials as expected. Mark Bramali, the Zombo district health officer says that upon interrogation, Kerim revealed that he used part of the money for sports betting in the ongoing World Cup but lost the bet.

"What came out on the ground was that part of the money was picked by loan and as a government official who earns a salary we don't tolerate an officer to fail to manage a loan. That is not prudent of an officer, then secondly when we probed further we actually found that he betted this money and he was beaten, so he couldn't raise this money," said Bramali.

"Nasser Kerim was trusted with money meant for payment of VHTs and other health workers who conducted the exercise. Unfortunately, he did not pay the health workers and VHTs. And when we interrogated him, he said he used the money for betting which was very unfortunate," said Atim.

From November 4-10, 2022, the ministry of Health rolled out the polio vaccination campaign targeting children aged zero to five years old, as part of the Global Polio Eradication Initiative supported by the World Health Organization (WHO), the United Nations Children's Fund (Unicef), the Center for Disease Control and Prevention (CDC), Rotary International and other partners.

This official who was entrusted wrongly to keep the money lost it. How than is he going to pay back such a large amount of cash unless he is put back in that job and his wages deducted to repay this money.

Secondly in this paper many of our fellow citizens have been advising that such corrupt officials should be taken to court, and a medical surgeon called to cut off 2 or 3 fingers as punishment. Afterwards this official should resume his civil work as he pays back 6.7 million shillings.
Report to administrator