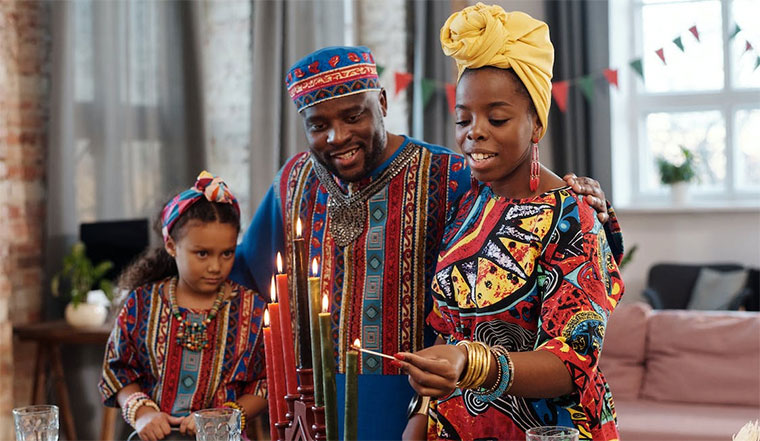 Court ruled that only parents and children constitute a family

Only parents and children are part of a family, and therefore, only they can constitute a case on behalf of a deceased person, the High court has ruled.

Justice Esta Nambayo in a case where a one Charles Omony had sued the attorney general seeking damages for the death of his cousin; Charles Oyet, said according to her, reading of section 5 of the Law Reform (Miscellaneous Provisions) Act Cap 79, only parents, children; adopted and illegitimate can file a case on behalf of someone wrongly killed.

Oyet was on November 2, 2014, shot dead by the assistant superintendent of police (ASP) Ronald Mugabi, who was then the district police commander (DPC) of Kireka police station. According to court papers, Omony brought the suit under the provisions of the Law Reform (Misc. Prov.) Act, Cap 79 against the attorney general, who, is the official respondent in civil matters on behalf of government for loss of dependency, loss of expectation of life and bereavement.

He sought orders from court such that the government pays general damages, punitive and exemplary damages, interest and costs of the suit for the death of Oyet. When the case came up for hearing, the attorney general represented by state attorney Bichahi Ojambo raised preliminary objections saying Omony had no locus standi to institute the suit.

He told court that where the case is on behalf of a deceased person, only his children, parents and executor or administrators of his estate can institute a case. Ojambo also told court that Omony’s plaint was confusing because it refers to him as a cousin and also as an uncle of the deceased.

He added that there was no evidence to show that indeed Omony was the executor or the administrator of the estate of Oyet. He, therefore, prayed that the court dismisses the suit. In her ruling on Friday, Nambayo agreed with the attorney general’s reasoning.

“My understanding… of the law is that the phrase ‘member of the family’ is limited to a father, mother, son, daughter and adopted or illegitimate children. Uncles and/or cousins are not envisaged members of the family and as such, cannot file a suit for the benefit of the members of the family in that capacity…They may only file a claim if they are executors or administrators of the deceased person’s estate," she said.

Nambayo added that in this case, the plaintiff being an uncle or cousin to the deceased, without being an executor or administrator of the deceased’s estate, was not eligible to file this suit for the benefit of the members of the family.

"Therefore, I find merit in the preliminary objection raised by the learned state attorney, which I do hereby uphold and dismiss this suit from court,” the judgment reads in part.

However, the judge spared Omony from paying costs by ordering that each party bears its own costs.

+2 #1 apollo 2023-01-16 07:48
Justice Nambayo should remember that African socialization is different from European or American.

The intricacies of the African family, and the dynamics that form and sustain relationships are not as simplistic as mother, father, son and daughter.

African culturalization is different from that of our American and European neighbours and may need to be defined beyond this narrow and discriminatory legal view. It is possible that Justice Nambayo herself was brought up and educated in a setting where her definitions of brother, sister, mother and father, were much richer and extended than her biological roots.
Report to administrator
0 #2 jose 2023-01-16 08:27
Ojambo Bichachi is african , n maybe ugandan to that, here the word cousin has no place

We have, in all local settings, maka, luganda, kika and all members in those settings will form aboluganda that may bring in more from the sengas side n her children, now any member of that set up can be the king pin in all our lives, Esta you are related to the late Dr Malingha you know what am talikng about
Report to administrator
+2 #3 Lysol 2023-01-16 10:00
Namboyo should understand that there are currently up to 12 types of families.

Her mediocre definition of a family is too rudimentary even for the legal standard.
Report to administrator
0 #4 AlauterioNtegyereize 2023-01-16 11:48
Do not blame the Judge. She is right. Her decision is grounded on the law, by which she is bound to follow. Until Parliament has changed and redefined the law, it will remain the position.

My advice: Always consult lawyers in matters of the law. I doubt he consulted! If he did consult, then he consulted a quack lawyer and/or masquerader!
Report to administrator
+1 #5 Zaitun 2023-01-16 17:08
Quoting AlauterioNtegyereize:

Do not blame the Judge. She is right. Her decision is grounded on the law, by which she is bound to follow. Until Parliament has changed and redefined the law, it will remain the position.
My advice: Always consult lawyers in matters of the law. I doubt he consulted! If he did consult, then he consulted a quack lawyer and/or masquerader!

You would like to import family laws which no longer work in Europe to Uganda, what a fantacy!

You should, I a sure, be aware that customary laws are still used in Ugandan unless you have decided to do away with them during the night hours.

As far as there has not been any reform to that effect, the lawyers of the berieved family has the right to sue you and your ministry to court.

I would have liked to hear from a learned juge but unfortunately it is the opposite.
Report to administrator
+1 #6 Kent Mawa 2023-01-16 18:24
If Justice Nambayo`s ruling is looked at under a confined space of law , then she is perfectly right.

A causins , father, mothers .in-laws and other relatives may be socially , traditionaly or customary be classified as "family" , but not in matters of lodging or filing a claim of behalf of a deceaded.

This catogory of family members can only do that under another legally difined role e.g. administrators , executors , power of attorney holders or the like.
Report to administrator
+1 #7 Kent Mawa 2023-01-16 18:38
Failure to distinguish or clarify the difference has led to many family conflicts whereby a dominant relative may take it for granted that since they are "family", they have the "legal" right to even bypass the immediate family ( usually the widow and orphans) of the deceased

My opinion is that this case should be looked at as a matter of law. Days of common sense are always here with us.
Report to administrator
0 #8 Akot 2023-01-16 18:41
[Only parents and children constitute family, High court rules]

Africa is land of polygamy! Africans who migrated to USA/UK/EU have maintained this way of life & so many children are in trouble; joining families who migrated is not easy for children & many are left in villages alone!

Polygamy is the main reason so many mothers, the under aged/young are dying to reach developed world, for Education, Healthcare, housing...!

Yet, not even money hungry UN has told developed world about what polygamy is doing to Africa... supplying developed world with migrants!
Report to administrator
-2 #9 Akot 2023-01-16 18:48
Zaitun, thanks

What a pitty, Ugandans just look up to Museveni who owns their land, for services!

Why are Ugandans still powerless tribally divided ruled ensuring at war with themselves, while Museveni owns tax money, controls every institution & ensured to do so with fake elections every 5 years?
Report to administrator
+1 #10 Kent Mawa 2023-01-17 00:09
Point of information on children born out polygamy , Justice Nambayo says: law limits ( defines) "family" to father , mother , son, daughter and adopted or illegitimate children.

Justice Nambayo clearly states that the law recognises all children . regardless of whether or not their parents are polygamous .

Not even in USA can the authorities deny a child ( under 18) to join their parent/ s , as long as there is concrete proof that the child is theirs biologically or legitimately adopted . This is aimed at curbing child trafficking.
Report to administrator