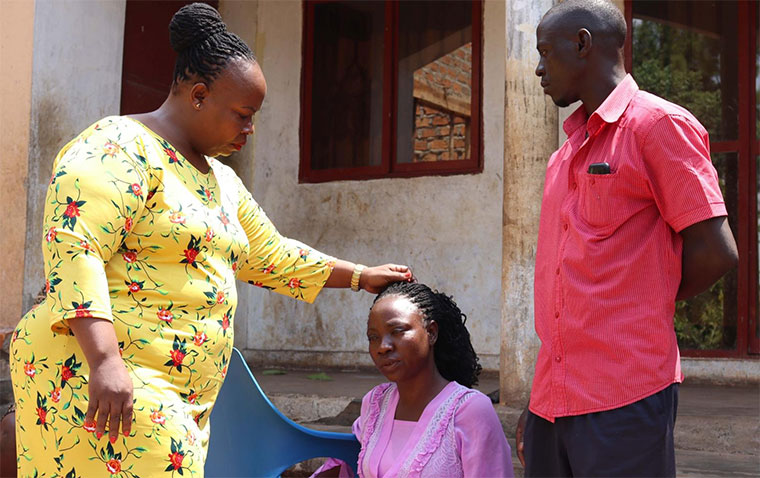 A family in Luwero district has abandoned their home following the murder of their eight-year-old son by an unknown assailant in a suspected ritual sacrifice.

Yasin Sserunga, a primary two pupil of Destiny primary school was killed on Sunday, January 8 in the garden at their home in Kisule Butanza village, Luwero and some of his body parts were cut off and taken away.

Sserunga’s torso was buried on Monday last week at Kasanga village in Nakasongola district. However, to date, Sserunga's head and other body parts are yet to be found. Allen Nabatanzi, the mother of the deceased, said after burying the remains of her son, they returned to their home and started experiencing nightmares.

According to Nabatanzi, she failed to get sleep because of the tragic murder of her son and is worried that the attacker may strike again and kill the other four children. Nabatanzi says that she has resolved to leave the house and seek solace at her sister’s home in a distant village together with her other four children

The minor's father, Yasin Sserunga says that his late son used to welcome him daily from work and they would play together something that he misses whenever returns home. He says that the family can only find peace and return home if the killer and the missing body parts are recovered by the Police.

Godfrey Kafeero, the LC I chairperson of Kisule Butanza village, says that the entire village is still in shock over the brutal murder of the minor and they have since advised residents to keep a close watch on their children since the killer as well as their motive remains unknown.

Sylvia Namutebi also known as Maama Fiina, the president of Uganda N’eddagala Lyayo, an umbrella body for traditional healers has asked the family to grieve the loss of the son while at their home till they recover from the shock. Namutebi has since directed the registration of all traditional healers in Luwero district to avoid cases of human sacrifice, especially by fake healers.