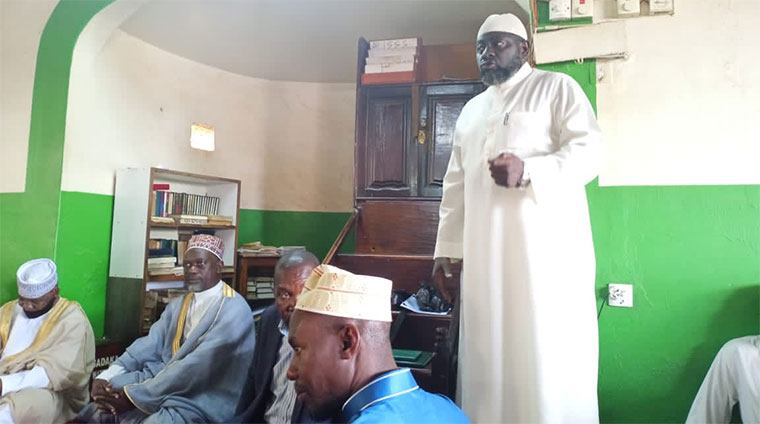 The High court has called the file in which a group of people led by city businessman Hassan Basajjabalaba sued the Uganda Muslim Supreme Council (UMSC) challenging the legality of the recent Muslim elections.

Last year in December, Basajjabalaba together with other aggrieved Muslims, petitioned Mengo Chief Magistrate's court challenging the decision of the UMSC general assembly chaired by the Mufti Sheikh Shaban Ramadhan Mubaje to bar him from contesting for the position of national chairman of the UMSC on grounds that he was previously successfully impeached from the same office.

In their petition, the applicants listed UMSC and Sheikh Mubaje as the first and second respondents respectively in the suit. On January 10, 2023, Basajjabalaba secured an interim injunction issued by the chief magistrate of Mwanga II court in Mengo, Patrick Talisuna Ngereza, stopping the Mufti, his agents, employees of the UMSC and associates from carrying out any activities of the council until the main case challenging the legality of the decision to block him from contesting is heard.

The hearing of the main case is scheduled for January 27, 2024. On Thursday last week, Basajjabalaba's group led by Haji Abdu Kiyimba caused a commotion at the UMSC headquarters when they went to enforce the order. UMSC through its lawyers filed an application before the same court challenging the order, prompting the magistrate to invite both parties for a hearing yesterday Monday, January 16.

However, as the parties converged for the hearing, they were informed that the High court civil division had called the file and the Magistrate’s court could not proceed with it. Swabur Marzuq, one of the lawyers representing Basajjabalaba's group, said the magistrate informed them that UMSC had filed an application before the High court challenging the orders from the Magistrate's court. He, however, described this as an abuse of the court procedures, saying they hope that the High court shall return the matter to the lower court.

"The first complaint was filed before this court. We understand now that there is another complaint that was filed before the High court. We call it forum shock, you don't know where to go. They went to two courts, that's what was done. They went to two courts, you're seeking the same remedy but in parallel courts. We call it abuse of court processes. Now this court in a bid to do justice, instead of hearing the parties on the [january] 27th, it issued notices for the parties to appear on the [January] 16th which is today. We appeared before this court only to know that on the 13th, there was a letter from the civil division calling for the file. So the trial magistrate here, his hands were tied. He informed the parties that I cannot do much whereas I called you to hear you today, the higher court has summoned the fil. I don't know for whatever reason but am obliged to forward the file to the High court," said Marzuq.

Counsel Musa Kabega from UMSC had nothing much to say when our reporter approached him for an interview.

“We shall await to proceed with the case at the High court,” he said. The evidence before the court shows that UMSC is not happy with the decision to order the Mufti, UMSC, and their agents to halt their operations, saying this interferes with the fundamental freedom of worship guaranteed in the constitution of Uganda, the supreme law of the land.

In a press statement, UMSC secretary general, Dr Ramadhan Mugalu, said the court order does not affect the office of the Mufti.

“There is no suit challenging the office of the Mufti, and no order has been issued requiring the Mufti to vacate his office nor stop his activities as it's being alleged by self-seekers. We appeal for calmness, the UMSC offices are open, and the administrative offices at every structure of the UMSC will and should remain open," he said.

0 #1 WADADA rogers 2023-01-17 22:32
Oh dear, this habit of calling for files has happened before and can happen again, you remember the Ndeeba Church demolition case, you remember the file was recalled by the same judge and the decision over turned, believe me oh you, the out come of calling for that file will tilt in favour of Shaban Mubajje, the mufti has a noble mission to accomplish on behalf of some political leader and that is to keep Muslims divided and within no time they will have no property to call theirs. that alone will weaken them economically
Report to administrator