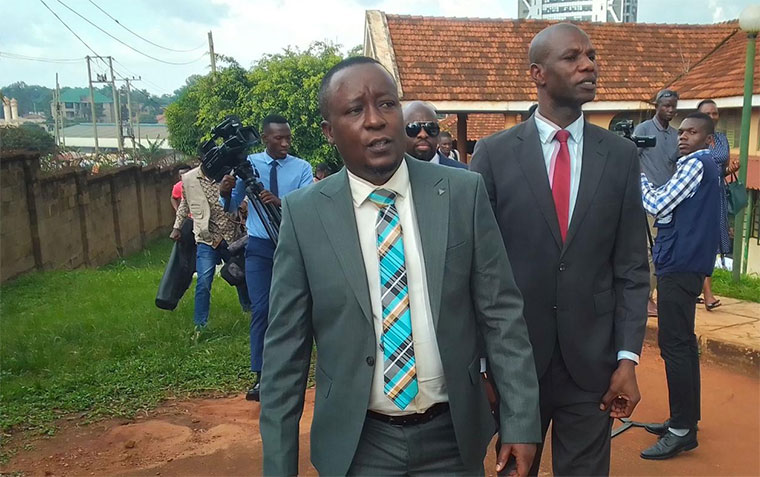 Nakawa Chief Magistrate's court has adjourned to March 15 the case in which former presidential candidate Joseph Kabuleta is charged with promoting sectarianism.

Kabuleta who is also the president of the National Economic Empowerment Dialogue (NEED) party was arrested in November last year over accusations od ignoring police summons compelling him to record a statement at the Criminal Investigations Directorate in Naguru over the same sectarianism charges.

The state alleges that during a press conference in May 2022, Kabuleta and others still at large, said that service delivery at Mbarara district is based on ethnic belongings of the Tutsi, Bahima, Bakiga, and Banyankole which allegedly created dissatisfaction and promoted feelings of ill-will.

Nakawa court magistrate, Ritah Newumbe Kidasa adjourned the case to March because Doreen Erima the state prosecutor in the case was not present in court. Kabuleta says that the state is free to take all the time they need to carry out all the necessary investigations in the matter so long as he's out on bail.

"The trouble is when they remand, and then someone is in prison and then the state takes ages to put their case together. But as long as I'm out, and I have been granted bail, they can take all the time they want in the world. We're ready, my defense is ready and we shall present at whatever time the state is ready because now I'm out of prison," said Kabuleta.

If only 0.001 of the country’s population were like him, the emperor and his cohort of hanger ons, would not behave like they own the country.

But unfortunately what the dictator did first was to destroy the moral fibre of the country. Without a moral compass his excesses are seen as normal by his victims and is the country.
Report to administrator