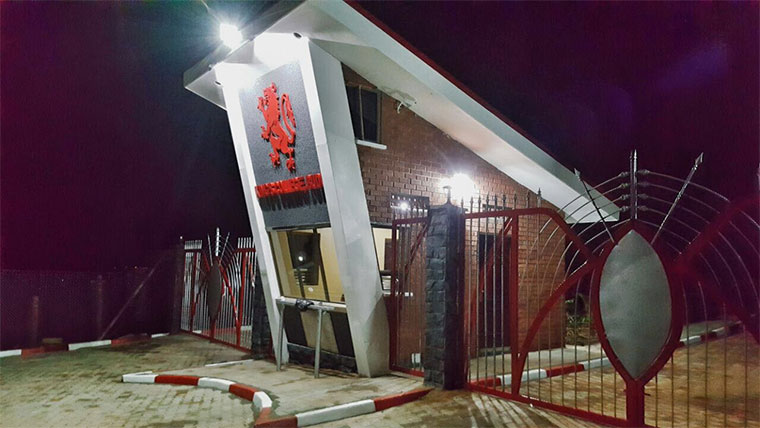 Namirembe Diocese has commenced investigations into the homosexuality complaints against some staff members and learners at King's College Budo, one of the elite and prestigious schools in Uganda.

Rev Nathan Mulondo, the secretary in charge of education, says Namirembe Diocese, which is the founding body of the school, is concerned about the allegations that have stemmed from a social media post by a parent at the school.

"We have got information, and we're trying to see how we go about it with the administrators first of all, and later the committee of education. In summary, we have started the investigation. That is the practical thing we're doing now," said Rev Mulondo.

At the beginning of last week, the said parent took to social media platforms claiming that one of the teachers at the school has been sodomizing his son.

“The teacher of Kings College Budo has been sodomizing my son for four years now. My son got problems going to the toilet so I took him to Mulago hospital because I have my relative doctor there. They found him with STI commonly found in gay men,” the post that went viral on social media read.

According to Rev Mulondo, although they have some queries about the message, the fact is that homosexuality is taking root in many schools across the country including church-founded schools. He adds that if any report is made formally or informally they should be taken seriously and probed to reach the bottom of the problem. He, however, raises concern on the post questioning why the parent failed to report this case for the last four years her child has been suffering.

“These are all lines of investigations. In the post, it is said that there was some victimization and we cannot rule out that this can happen. That is why we need to look at this issue. The investigations will involve different people, from management, PTA, body of governors and diocese,” the priest stated.

He however also pointed out that there were several ongoing meetings to reach “the bottom of the problem.” Allegations of homosexuality at Budo, specifically, are not new. In the past years, there have been reports about this problem in the school but scanty information has been given by the administrators. For instance, in 2021 when fire gutted the school for the third time in a space of one month, homosexuality was again pointed out.

Sources in the police who were investigating the fire pointed out that it had started after the administrators expelled six students who beat up a male student for engaging in homosexuality. During an interview with a local newspaper, Patrick Bakka Male, the then-school headteacher (now deceased), confirmed that they had expelled students for beating up their colleague they suspected of sodomy.

However, he said the students did not have evidence that the accused was actually involved in the practice. Founded in 1906, King’s College Budo was started as a boys’ only school for the sons of chiefs and kings. In 1934 girls were also admitted, making it a mixed-sex school. It should be noted that homosexuality allegations have been part of the school right from its old days.

Carol Summers captured the allegation in a research paper titled; 'Subterranean Evil' and 'Tumultuous Riot' in Buganda: Authority and Alienation at King's College, Budo, 1942. Summers referred to the vice as one of the many issues that led to the riot that saw the school being closed on the eve of the Kabaka Edward Muteesa II coronation.

The researcher pointed out that in 1942, the school head prefect pointed to homosexuality among the boys, authorities- prefects, African teachers, and white government employees. He also told of a student that had been caught red-handed in the act. Back then, the vice also involved favours in the form of gifts and more. Pastor Solomon Male, an anti-homosexuality activist, says that many times parents and other members of the public shy away from discussing this elephant in the room to an extent of mocking those who point out such schools where the vice is thriving.

In his view, even the investigations like the one instituted by Namirembe Diocese might not help in solving the problem given the fact that only a handful of "incidents" of the vice gets reported. He, however, advises that there is a need to proactively combat the vice other than applying reactionary methods when a case is reported.

"When you tell them the truth, they don't want it, they label you as a malicious person. I launched the struggle years ago and they said I was lying. What we now need is proacting effort not reactive, Ugandans are so reactive. Now they react because there was that case, after that case, they will keep silent. But for me, if you really sat down there is a very big big problem. There is no school that does not have homosexuality. None, whether it is a day school or boarding school. Churches are infested," said Male.

Indeed, as pastor Male points out, this will not be the first time that a school has been the subject of a homosexuality probe. For instance, a similar investigation into four prestigious secondary schools in the Kampala and Wakiso districts was launched in 2013 over reports that their students were involved in gay activities. These included Gayaza high school, Makerere secondary school, Kibuli high school, and Naalya secondary school.

At that time, then state minister for Ethics and Integrity, Rev Fr Simon Peter Lokodo, revealed that a team from the department of Ethics and Education had discovered a high percentage of students involved in lesbianism and homosexuality. However, it appears that the issue was not publicly addressed and no report was produced from the investigations.

Instead, similar cases of this type of sexual deviation have been reported in other schools over time. Rev Mulondo believes that hiding or concealing vices within a school or organization can actually make the problem worse over time and that making these issues public could help address them more effectively.

"Of course, we need to spit out, there must be a whistleblower because if we keep quiet we shall be eating up ourselves. That one I have no issue with, we need to bring it out. If something is out, then we need to wake up and do the needful but if we keep quiet because we're saving this and that, me I don't believe in that. Something is out, we spit it out because there is nothing that is new. It is not new that we're having homosexuality in Budo, it happens even in other schools that haven't been mentioned just that Budo is a big school anyway. This will make us wake up and even look at other institutions, many of them. Yes, we're Christians, we need to speak out about the bad and when we open to the public of course noise will come but we shall put things better," said Rev Mulondo.

In Uganda, homosexuality is still considered illegal. The Uganda Anti-Homosexuality Act of 2014 was invalidated on procedural grounds by the Constitutional Court in 2016. However, Homosexuality remains criminalized under the Penal Code Act as a crime against morality.

This means that individuals who engage in homosexuality can still be prosecuted under the law. In the same development, there is a group of people who think that the current scandal being raised might have a hidden motive.

For instance, a parent, who preferred anonymity, believes that although the allegations of homosexuality might be true having heard it himself, there might also be someone or a group of people using it to bring down the newly-appointed headteacher, John Fred Kazibwe.

“There is a lot of politics involved in these schools and the headmaster, who is relatively new, might be facing pressure from other parties. and I will not be surprised if this entire mayhem ends up in his neck,” the parent noted.

John Fred Kazibwe, the former headteacher of Mengo secondary school, was appointed headteacher at Budo in 2021 following the retirement of Bakka, the college’s 13th leader who had been at the helm of the school since 2008.

+3 #1 WADADA rogers 2023-01-23 15:02
I dont know who is in charge of this country, how can we have four parallel investigations over the same subject matter and about the same institution.

Soon pastors Sempa and Male will also have their own investigation, then we shall have another one by a media house or journalist. Eventually we shall have contradictions, finger pointing and counter accusations
Report to administrator
+2 #2 WADADA rogers 2023-01-23 15:08
It is a test for the Anglican Church, they must walk the walk and justify why they broke away from the church of England, they claim to have zero tolerance for homosexuality but i feel they will have to compromise on matters of Buddo.

Before long we shall have a journalist contracted to clean up the image of Buddo and life will continue, It is no possible to close the school, it is a school for the mighty and the affluent.

They will instead sacrifice and push the blame to the parent and the student, then to the headmaster and the teacher, The old students assocaition will also rise in arms and who knows, they will cover up and swear over their own private parts that there is not homosexuality in Budo
Report to administrator
+3 #3 WADADA rogers 2023-01-23 15:13
The kind of questions Mulondo is asking is that of a biased man, i hear "why didnt the parent report more than four years ago" .

Who told him that the mother was aware, does failure to report then mean she should be gagged? They may even bribe the student himself or his mother to claim they were falsely accusing the school and will apologise.

Before we know it, our gullible parents will buy the lie and take new students as well as old students back to Buddo and that will be the end of that story. homosexuality will continue to flourish
Report to administrator
0 #4 apollo 2023-01-24 09:59
The blackmail, the collusion, the coverup, the 'protection' by authorities, the hideousness, the deceit, the arm twisting, the 'politicking', the victimization of the victim, the denials, the viciousness, the guilt, the blame, the lack of empathy, the lack of compassion, the diseases, the medical bills, the psychological trauma, the aberration, the shame, the sin, the uncertain future, the troubled present, the pain, the broken lives, the TRUTH.
Report to administrator