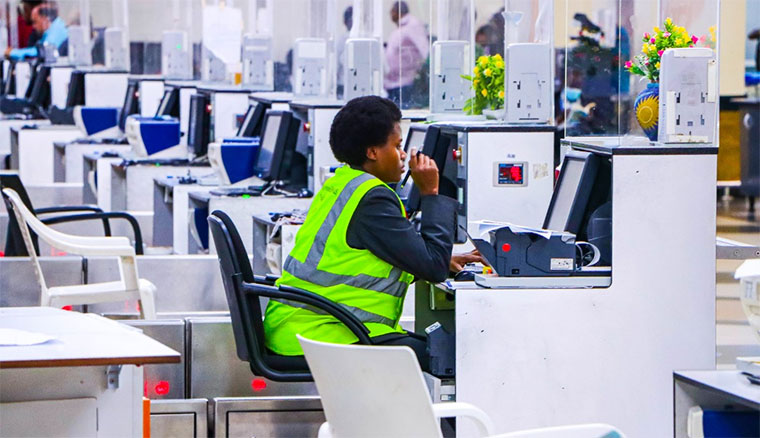 Entebbe International Airport has been in the press for all the wrong reasons recently.

First, the birds in the sky have been causing havoc with the planes. Turkish Airlines had to abort its flight because of a bird mishap. A few days later, Uganda Airlines experienced the same misfortune.

As the country was reeling from such uncertainty about flights and the birds’ havoc, a simmering scandal about the airport staff ’s impropriety was finally exposed through social media. And the airport staff, who include those from the airlines, security, police, clearing agents, immigration, and civil aviation authority (CAA).

All these categories of persons, either in concert or individually, have been involved in extorting money from vulnerable passengers. The problem of extortion is not new! But the strangest thing about this incident is that all the workers at the airport, at whatever level, are vetted by the security agencies.

It is assumed that they are judged on their character and integrity. Those vetted are deemed fit and proper to work at the airport. They are presumed to be security-conscious and, most importantly, patriotic. Indeed, many have attended indoctrination exercises and patriotic courses.

Therefore, one would have expected that these people care about the wellbeing of Ugandans and are incorruptible. And many of them are highly connected to Movement cadres. Unfortunately, individual interests have displaced national interests.

Corruption, in whatever form, is a security risk. Many of the staff members handling passengers have received bribes to ease the passage of illicit goods such as prohibited wildlife materials.

Interestingly, security officers at the airport are supposed to ensure that the passengers who come into the country do not compromise the safety and security of the country. The lure of money has blinded these officers to their core goals of insulating the country against such prohibited activities.

Imagine a health officer at the airport demanding $1500 from a passenger who has been confirmed to be a carrier of a contagious disease. Upon payment, this person is let into the country. It never occurs to the officer that he or she may not live to enjoy that sweetener. So, the country’s health is compromised because of the loose values of the controlling officer.

Many of these incidents occurred during the Covid-19 outbreak; so, it’s no surprise that when the second wave arrived, it hit the country hard. Many apologists had dismissed the complaints of the victims until real videos capturing the officers in action were posted.

The CAA has taken up the matter and promised to investigate and punish the culprits. That sounds like a rehearsed response. CAA needs to do more than take punitive measures. These efforts stand still if there are no deliberate efforts to touch the untouchable.

CAA and other agencies involved need to come up with a decisive modality for ending this malaise. For instance, the unsuspecting victims should have a remedial desk to run to if they are being compelled to pay bribes. The airport should embrace technologies that facilitate the reporting of corruption.

At any one time, the official on duty should be under the scrutiny of his or her supervisor. The supervisor should be able to monitor and listen in on the conversations with the passengers. In that regard, technology would be useful in the detection and prevention of corruption. The airport procedures should be transparent and elaborate for every traveller who uses the air.

+1 #1 Hank 2023-01-25 00:34
CAA should not take this lightly. This corruption presents a serious risk to international aviation security.

Terrosists could bribe Entebbe airport staff and harm passengers on flights and beyond.
Report to administrator
0 #2 Lakwena 2023-01-28 19:05
It is because of "Our Problem of Africa", Gen Tibuhaburwa who has refused to leave power. The man has entrenched corruption.

If he had left 25 years ago, we would have had new successive leaders who would have made a difference, and Uganda would be a different country from the rot we have today.

In other words, wherever s/he is now: who in his/her right state of mind is still proud of being a Uganda?

It is annoying and a frustrating national shame.
Report to administrator