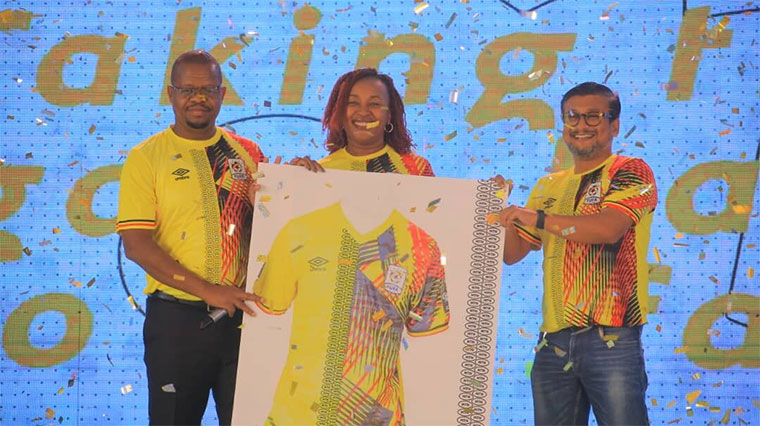 On the surface, the recently-signed five-year Shs 19bn deal between Fufa and MTN is a welcome boost to Ugandan football.

One can even say it’s a marriage made in heaven. I even agree with Moses Magogo, the Fufa president, that their 10-year deal with Airtel lacked vibe, but we know MTN are the masters of hype. So, fans should expect a return to vibrancy in the build-up of The Cranes games.

However, my enthusiasm of the deal almost stops there. This is so because all the parties involved in the negotiations settled for a finished product, The Cranes, and not how to build the game domestically. It is totally understandable from the MTN perspective that this is a purely business venture and they will indeed make the most of it.

On the other hand, such a deal should have had an obligation to grow domestic football and the best way to do so would be through promoting the Uganda Premier League (UPL) and the Big League. It is from these two leagues that virtually all Cranes players emerge, not the ineffective Drum tournament that was created to outshine the Masaza Cup.

In several African countries such as Zambia and Eswatini, MTN is the title sponsors of their top-flight domestic league. Besides, whereas The Cranes may have about six competitive games in a year, the domestic league runs regularly for 10 months.

Unfortunately, our UPL has been dragged down the drain by Fufa to the extent few corporate sponsors want to associate with it. This is deliberate by Fufa to manage all the funding at the top. So, what the deal is addressing is the final product but not the efforts of football investors, coaches and managers that raise the talents to the top.

I also feel uneasy that both parties settled for an omnibus deal that does not disclose details and, therefore, doesn’t provide checks and balances. For instance, whereas the deal includes funding for the national women’s team, the Fufa Drum tournament, Juniors League, Super 8, Super Cup, and the Fufa Awards, there is no breakdown of what every entity will get.

This is problematic because it provides room for Fufa to run the sponsorship as it so wishes. Matters will not be helped if the biggest beneficiaries turn out to be Fufa’s ever-expanding human resource. Expect in the coming weeks to hear about creation of Cranes committees and other portfolios.

That’s a given. The few players who make it to The Cranes will surely benefit but that leaves out the hundreds plying their trade in the UPL and Big League. Fufa acts as though it is competing with the UPL yet even before the MTN deal, it earns about Shs 50bn annually from Fifa and government.

Just a tenth of the deal, roughly about Shs 2bn, would be a big deal for UPL and Big League clubs in sponsorship or prize money but that’s not part of Fufa’s priority. Theirs is managing the sport from top to bottom and this is reflected in The Cranes results.

The Cranes’ dismal group stage exit from the Africa Nations Championship (Chan) over the weekend is just the latest testament from Fufa that Ugandans should be used to mediocrity.

In sum, the Shs 19bn Fufa-MTN deal is welcome but this was an exercise to treat the symptom, not the disease. So, my biggest take from all this is that from a purely business sense, the deal makes sense for MTN but if the real motive was to develop the game, it would have gone to the domestic leagues. Both parties knew this well but who am I to dictate what they should do?